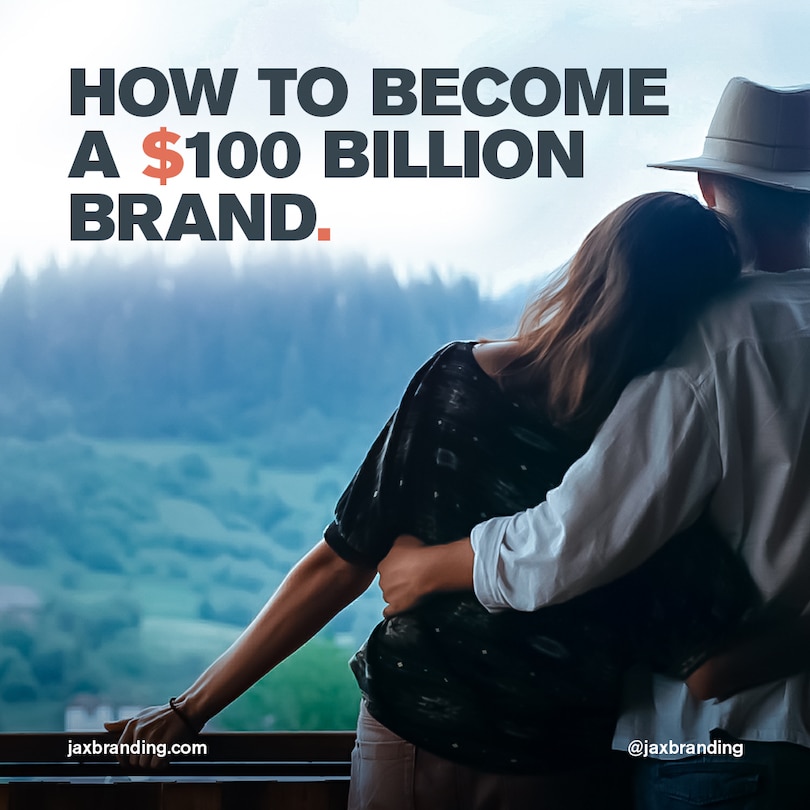 AirBnB are one of the world’s largest real estate industry companies, without owning any property. Offering a home away from home, AirBnB’s rebrand in 2014 perfectly captured the company’s purpose.

When AirBnb first floated on the stock market on December 10th, 2020, they were valued at over $100 billion. One hundred billion dollars.

That’s some figure for a business that’s, firstly, only 12 years old, and secondly, was born out of an air mattress and a living room BnB. But that’s the wonderful thing about it, isn’t it? All the greatest businesses begin with something small. Apple, Amazon, Microsoft, McDonalds…an idea that grew and grew and grew into something immense. Those are the real success stories.

Branding played an integral part in the rise of all of these businesses. AirBnB has been no different, and their rebrand in 2014 both simplified and emphasised the aims of the business. AirBnB’s rebrand homed in on one key message:

They wanted their customers to feel like they belonged anywhere.

Before AirBnB’s rebrand, their slogan was ‘travel like a human’. However, the founders quickly spotted a flaw in this message. People didn’t only use AirBnB as part of the travel process, the brand did more than that. It gave people a home, and with home comes a sense of safety and belonging. The brand swiftly changed their slogan to ‘Belong Anywhere’, which encapsulated the solution AirBnB was offering to the problem.

Air BnB’s rebrand didn’t just come in the form of a new slogan, however. As mentioned, AirBnB’s founders hadn’t done any real branding work, and in reality, the original logo didn’t look particularly professional – especially for a growing brand. Simple logos are effective as they often become more recognisable. Think about Google’s G, Apple’s apple, and the Nike tick.

AirBnB combined four symbols important to their business into one logo. People, a place, and love are essentially the ingredients that make a home. Naturally, these had to have a place in AirBnB’s rebrand, which was achieved in the simplest of fashions. Fancy, explanative marketing isn’t always ‘the way’ to do things. Often, it’s the simple things that make the core of the business that need to be portrayed to as diverse an audience as possible. The symbol itself is called the ‘Belo’.

AirBnB introduced new apps, a fresh new promotional video campaign, and even managed to get ‘AirBnB rebrand’ trending on social media. From a fairly simple rebrand – in essence, just making everything more coherent – the business was set up to succeed.

Everything in AirBnB’s rebrand was done with the idea of belonging anywhere in mind. AirBnB wanted their customers experience to be at the heart of the business, and by rebranding, this was easily achieved. AirBnB didn’t do anything revolutionary, but rather fixing what’s necessary.

This is something important to creative director Jack Bies of JAX Branding.

He strongly believes that no matter how badly something is broken, or how difficult a project may be, there is always a solution. Working tirelessly with you, JAX Branding brings the values of the person behind the business and the outlook one is trying to portray into bespoke branding for your business.

Simplistic, pleasing, and tying into a single, emphatic brand message, AirBnB’s rebrand was a stroke of marketing genius. Property itself is a great market for footballers to venture into, especially due to the high start-up costs that a property busines can often entail. One thing is for sure, though, no matter how much money is ploughed into a project:

‘…Really, we’re about home. You see, a house is just a space, but a home is where you belong. And what makes this global community so special is that for the very first time, you can belong anywhere’.