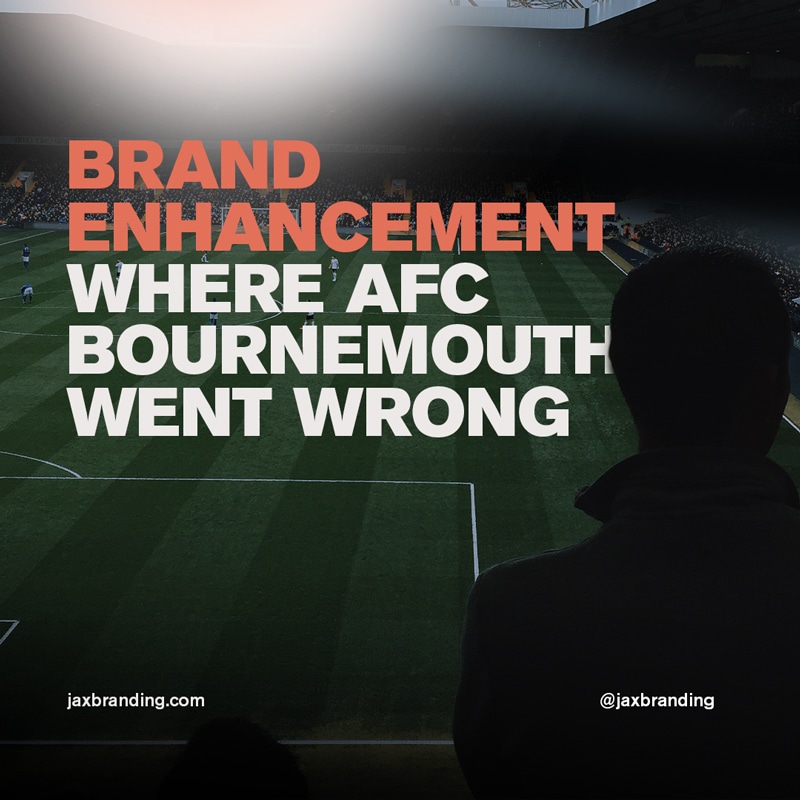 AFC Bournemouth won’t be returning to the Premier League automatically this season, but they are back in the Play-Off spots. If they’re promoted, how can Bournemouth avoid similar pitfalls to their last topflight campaign?

Let’s face it. It’s very difficult to get a business off the ground, but it’s even harder to grow it. Many entrepreneurs reach a certain level – perhaps even one where they can make a liveable wage off their business. But, for whatever reason, they can’t progress further.

Brand enhancement could be a solution to this.

Often, stagnation isn’t the fault of the entrepreneur or business. Sometimes, there are constraining factors that come into play. For example, a business could be in a very niche sector, meaning that it will only ever be able to access so many customers. Alternatively, there could be limits on how much finance a business can raise, making growth difficult.

But sometimes, entrepreneurs and businesses become a little bit too comfortable. Instead of really trying to push on, they stagnate, and as such, brand enhancement can become difficult. In the case of AFC Bournemouth, stagnation was truly costly.

There were several explicit reasons for Bournemouth’s relegation in 2019/20. One of these reasons was an injury crisis, and the other a strange tactical change. The latter most definitely didn’t suit a side who consistently had awful defensive records in the topflight. Should they be promoted via the Play-Offs in May, the club need to avoid similar pitfalls.

But underpinning these woes was arguably a lack of brand enhancement.

What indeed is brand enhancement? Well, it essentially means improving a brand’s image and associating it with ‘fresher’ values. Imagine giving yourself a facelift – that’s essentially personal ‘brand’ enhancement. Bournemouth, when they were promoted to the Premier League in 2014/15, did so playing an attractive, free flowing attacking style of football. They continued this in the Premier League, and until the 19/20 season, stuck to such an outlook.

Coupled with a sustainable transfer policy and reportedly stable finances, Bournemouth managed to finish 16th in their first season and a rather impressive 9th the following year. Yet, Bournemouth then finished 12th and 14th, before holding 18th place and a ticket back to the Championship last season.

You could argue that it was Bournemouth’s 9th placed finish that could have been a real turning point for the club. Or, rather, a point of acceleration. And it wasn’t so much that the team on the pitch weren’t being improved because Bournemouth were spending money and making signings.

However, after finishing three and then five places lower in the table, Bournemouth continued to the same thing year on year, making similar types of signings and arguably didn’t quite anchor themselves as a stable ‘Premier League club’ despite playing in the division for five years. In other words, Bournemouth were an established Premier League side who continued to act as underdogs. Some may not agree with this, but unlike Fulham and Aston Villa more recently, or perhaps Southampton and Crystal Palace in past years, Bournemouth didn’t seem to be as attractive a proposition as these clubs.

Brand enhancement was needed explicitly at Bournemouth, and they need to try and achieve this should they go up.

Sometimes, brand enhancement can be quite literal. Bournemouth are arguably seen by many to be a ‘smaller’ club and matters such as the size of their stadium don’t necessarily improve this reputation. For a player looking to move to clubs, playing at an 11,000-seater ground isn’t as attractive as playing in front of 30,000, 40,000, or 50,000 spectators every week.

Thus, brand enhancement is often quite aesthetic. In a business, this can come from things as simple as the façade of a shop, office, or other premises. It can be the design of your website, or the amount of content you post on social media. Or it could be the amount of people that say they enjoy working for you or, rather bluntly, the amount of money you’re making.

Because, in simple terms, consumers don’t often have time to consume the entirety of you and your story. They want to know how you can help them in the now, and as such, your brand has to ‘stick’. If you’ve been in the marketplace for a few years and perhaps haven’t got as much traction as you’d like, that stickiness begins to decline. As such, it’s time for a brand enhancement. JAX Branding will help you there.