THE IMPORTANCE OF COHESIVE FOOTBALL BRANDING 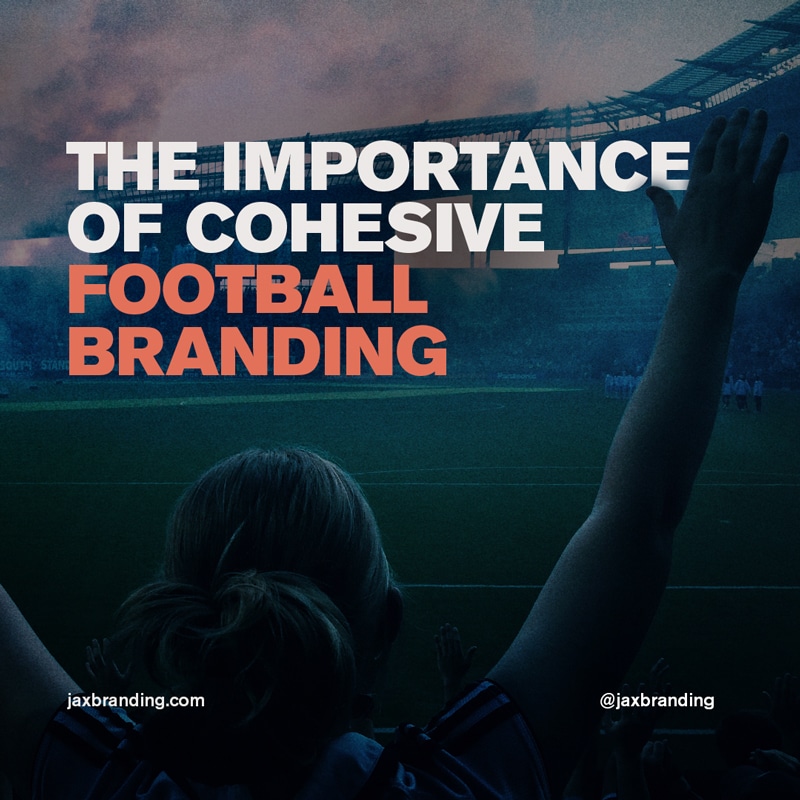 There have been a few too many stories of owners-gone-rogue in English football. Bury, Blackpool, Bolton and Blackburn are only four examples of the many clubs across the divisions in England that, sadly, have suffered at the hands of millionaires and billionaires who, quite simply, didn’t ‘get it’,

Relationships tend to break down in football clubs when there is a lack of cohesion. Stakeholders want to go in different directions, causing abrupt instability. The four aforementioned clubs are all ‘B’s’ whose current fortunes could have been very different had they been bought by a different consortium. But it’s another ‘B’ that demonstrates this more effectively. And that is B for Branding.

Cohesive football branding (a unified brand image in the football-business world) can be split into two parts: the football and the branding. Unlike in other industries, a football club’s company performance is very obvious. The league table and transfer fees make the business’s showing abundantly clear. This brings with it both positives and negatives.

Whilst it can be clear for investors (fans, shareholders, commercial partners) to see when they should be happy with their investments, therefore creating a healthy club culture, the failings can also be stark. However, football should not be treated in quite the same way as other industries given how it differs from ‘conventional’ markets in so many ways. After all, what other industry can consistently run a deficit budget and not go out of business?

Near to none, that’s the answer.

How does a club develop cohesive football branding?

Have you ever shopped online and clicked on a website that is using five different colour schemes, various fonts, different sized images and has a social media page that displays a different logo to the one on their webpage? That is a good example of non-cohesive branding. And let’s face it – it looks awful.

One of the ways in which football is a unique business industry is that clubs need to display a one-direction image through various different people – often quite a lot of them – all with uniquely individual needs. Whilst Apple can stick their logo on every single product, a football club can’t employ players, coaches, executives and general staff who all look and act exactly the same.

This is where the idea of a club ‘culture’ becomes important. A club culture is arguably the footballing equivalent of defining brand image and brand values, and when displayed properly, becomes cohesive football branding.

Cohesive football branding is therefore developed through the consistent execution of ideology. In a ‘conventional’ industry, this ideology is more obviously displayed visually, through logos, slogans, colours, fonts and overall design. But in football, it comes through the style of football played, whether the club spends lots of money or develops players through their academy, how much time managers are given, what sorts of players the club signs and more.

Cohesive branding in the business world aids a business in two ways. Firstly, it creates a sense of professionalism and clearly portrays a business’s aims and/or values to its customers. Secondly, it creates a pillar to which a reputation is attached. Customer loyalty is then developed, as people associate a brand with certain feelings. Take Aston Martin – their sleek, classy branding (a simple black and white website colour palette with a traditional serif font) oozes British quality and luxury. This is exactly what they want to be known for.

In football, reputation really, really matters. A club that has a poor reputation and isn’t cohesive in its structural makeup (i.e. one where the owners, fans and staff have different needs and wants) is not attractive to the investors they hope to acquire (since a disjointed club will likely experience cash flow issues) and a negative atmosphere can quickly develop. This does not lead to success.

By ensuring cohesive football branding, a club can work around a defined set of values.

In a people-driven industry such as football, values are very important. The best clubs have defined values.

Under Sir Alex Ferguson at Manchester United, these values were integrity, discipline and quality. At Liverpool currently, the club’s defined values are portrayed through their transfer culture (buy to sell at a higher price) and this has financially benefitted them. Barcelona have been defined by their intricate tika-taka style of playing.

Therefore, as much as cohesive football branding creates a good reputation, that cohesion and unity bring success in practical terms too. These ideas are also apparent in other areas of life. Politics and the arts will suffer when there aren’t strong principles guiding action.

Remember, ‘a brand is what other people say about you when you’re not in the room’ (Jeff Bezos). If you want that behind-the-back chat to be positive, then get in touch with JaxBranding. After all, quality doesn’t fail.