HOW BEING RELEASED FROM A FOOTBALL CLUB AFFECTS YOUNG PLAYERS 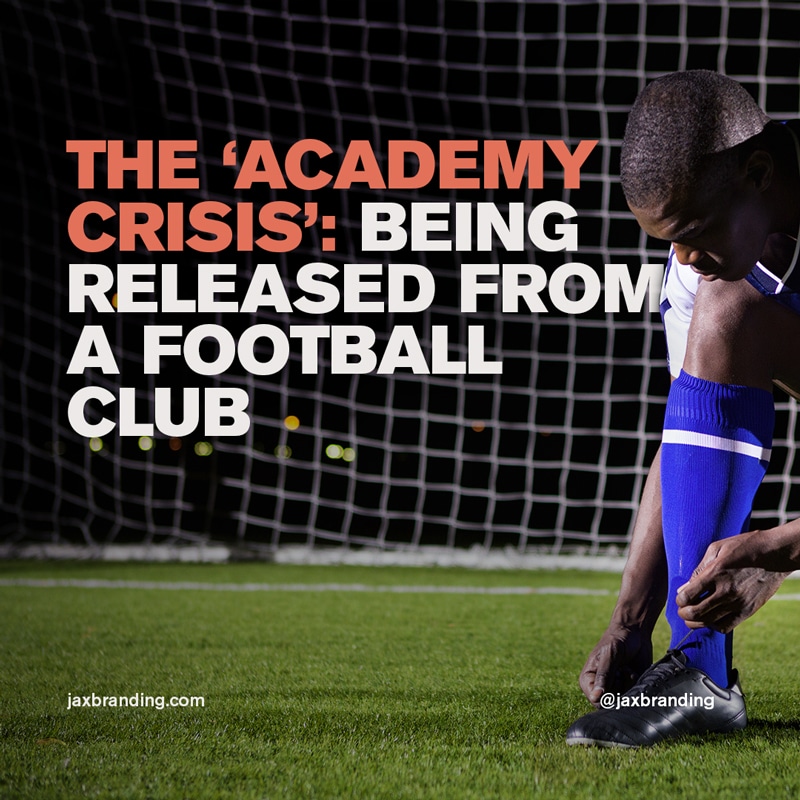 Being released from a professional football club is hard for young players to deal with. How can we ensure that the next generation aren’t put off football for good?

Being released from a football club is something that the majority of elite youth footballers experience at least once in their academy journeys. Players can be released at any age. Whether that’s at nine or ten, or when they’re on the cusp of the first team. It’s in a player’s teens, however, where the blow appears to be hardest.

The treatment of academy footballers has recently come under intense scrutiny. Young people’s mental health is arguably more fragile than it ever has been before. During such a tumultuous period of a person’s life, being released from a football club can be a serious knock in several ways.

Since the introduction of the Elite Player Performance Plan in England in 2012, academies have become markedly more professional. Gone are the days of players being scouted in the local park having a kickaround. Specialist coaching positions such as goalkeeper coaching isn’t neglected as it was some 20 years ago.

But it’s not whilst players are at academies that criticism is aimed. It’s what happens afterwards.

Being released from a football club can seriously impact a young person’s welfare. But why?

This may seem like a silly question. But those who haven’t experienced release or rejection in elite youth football may not truly understand the feeling when you’re told ‘you’re not good enough’. After all, people face rejection in all areas of life, so why is it that the cases of young people experiencing mental health issues after being released from a football club are increasing?

Without wanting to disparage the nature of rejection in other industries, being released from a football club can be markedly different. It’s important to remember that the dream of being a professional footballer becomes hypnotic. Young people are given the chance to (eventually) become famous, rich celebrities. This isn’t something that the average person will give up.

Many academy players are ‘struck down in their prime’.

Release is most common at the age of 16, just before players are offered scholarships. Between the ages of 11 and 18, young people socially develop to a great extent. These years often form the way that they see themselves and the world1. According to research, ‘Half of all mental health conditions start by 14 years of age, but most cases are undetected and untreated’2. As is evident, the teenage years are fragile times in a person’s life.

An irregular social life and lack of a ‘normal’ youth experience can be the result of  a consuming academy environment. These things can worsen mental health when players are released. They feel that they’re having to leave a mini-life behind – potentially one of ‘comfort’. After becoming so engrossed in such an environment for, in some cases, over a decade.

The majority of players are extremely committed to their club and their training. Academy footballers sacrifice education, relationships with peers and hours and hours of their time to put their all into football. Usually with next-to-nothing as a back up option. Being released from a football club, for many, is a heartbreak. A heart of ten years dedication is broken in a ten-minute meeting. A player goes from something to nothing in a matter of minutes, and that’s not an exaggeration. Footballer one day, and the next? It may as well never have happened…

Whilst not every footballer who is released from an academy will suffer to the same extent, similar ideas are heard across the footballing world.

‘The Player Care Manager advised him to speak to someone. He thought that might mean a chance to speak to the sports psychologist, but no. He was told to talk to his family, that ‘we all go through tough times…two phone calls in seven months. That’s what my son meant to a Premier League club’

‘I think it’s very difficult to build up hopes of a young man and for them to be dashed at a critical age, when a boy becomes a man. To be found wanting in every way, it’s very cruel…’

‘Then came lots of tears and punching the wall. He was saying that it wasn’t fair, and that it all came down to his height at the end of all those years of training, testing, reviews, and dedication… After he was let go, I didn’t hear anything from the club regarding trials at other teams. I wasn’t even informed of something called ‘exit trials’ and only found out about these from another parent after they had taken place!

via The Goalkeeping Blog

What happens after being released from a football club?

The Premier League and Football League are adamant that their youth systems are professional. And, whilst this may be true of coaching and facilities, it doesn’t necessarily hold true of post-academy support. Clubs claim to help players find a new club. Put video reels together and support them in the months following their release. Whether this happens is up for debate.

‘The EFL says that its League Football Education department, which delivers the welfare programmes, tracks what happens to players for four years after they have been released; the Premier League says its clubs keep in touch. All the outcomes they cite for these young men are positive’

Whilst this is reportedly happening more, the rate of released players’ mental health plummeting is not something that can be ignored. For all the good experiences that academies give to footballers, these can be so, so easily ruined purely because clubs are not prepared to go the extra mile for these young people in too many cases. Professional football clubs are not obliged to make a child a professional footballer. They are obliged to act in a way that benefits that child or teenager when they dash their hopes of a long and glittering career with them.

‘The new survey, carried out by ITV News, found that 72 percent of players felt they were not given enough support by their club upon release – a figure rising to 84 percent in the Championship. Almost half – 47 percent – felt both anxious and depressed as a result. Furthermore, 85 percent said they would still go through the academy system again, although 52 percent said they would not recommend their former club to others’

85% percent would go through the academy system again. That’s how much it means…