FOOTBALL LEADERSHIP: LESSONS FROM THE 5 MOST LEGENDARY CLUB CAPTAINS 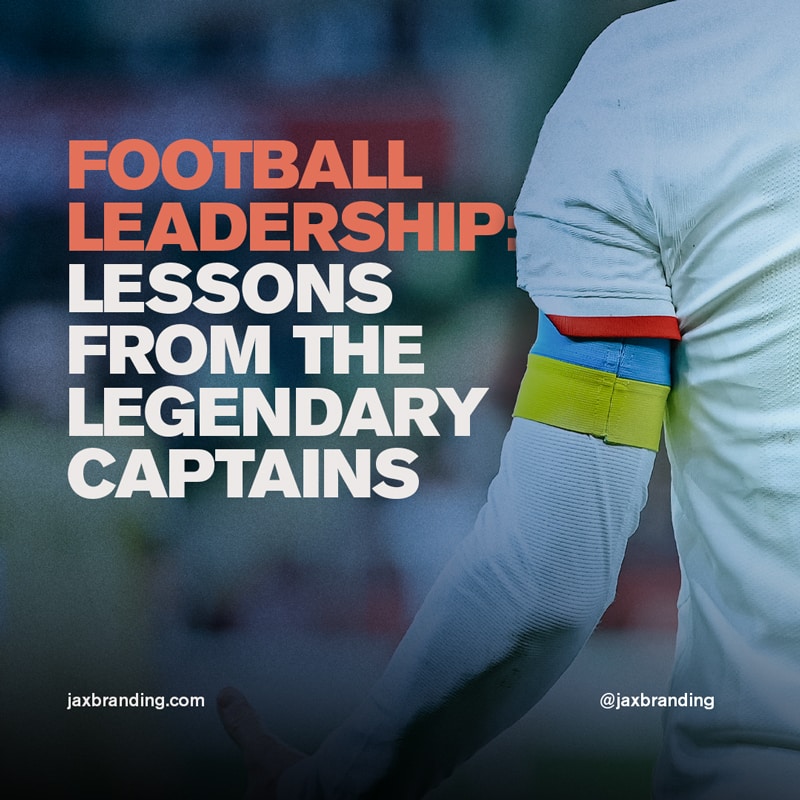 What you’ll learn in this article about football leadership:

Leadership is a key quality for any football player. Both in and out of the dressing room, a team needs leaders. Since football’s early days, the game has seen iconic characters take to the pitch. Many of them have been club captains, and can teach us valuable lessons about football leadership that can transfer to the business realm.

Steven Gerrard. Carles Puyol. Roy Keane. Bobby Moore. Paolo Maldini. There are hundreds more captains that could make it onto our list. However, football leadership presents itself in many different ways. The legendary club captains we’ve analysed below all led their teams in different ways, but all became stalwarts that have been forged into their club’s histories.

But, how can we learn from them as businesspeople?

Steven Gerrard and Liverpool are synonymous. Gerrard, captain of the Reds from between 2003 and 2015, and for England between 2012 and 2014, has become a legend on Merseyside. Handed the captaincy at only 23, he had to learn about football leadership at one of the world’s biggest clubs with an immense weight of expectation on his shoulders.

Gerrard’s Liverpool captaincy lasted during the good times and the bad. It’s this consistency and everpresence in a number of very different Liverpool sides that shaped his identity as a captain. Football leadership – on the pitch, or even off it on the touchline or in the boardroom – can become difficult when times get tough. For Gerrard, his quality and commitment very rarely wavered – if at all.

Although some criticised Gerrard for joining LA Galaxy for the final years of his career, the Scouser’s longevity at Liverpool was the key to his success as a leader. Regardless of the manager (Liverpool went through four different managers during Gerrard’s captaincy), his teammates, or indeed his own age, Gerrard simply gave everything for Liverpool. He became a beacon of stability and a point of commonality for the Liverpool fans, especially in the mid 2000s as the club rode rough seas at board level.

Steven Gerrard was truly Liverpool’s ‘Captain Fantastic’, and led by example. Now managing Premier League side Aston Villa after a successful spell with Rangers, it’s clear to see that his football leadership qualities aren’t just confined to the pitch.

Puyol was the blood, sweat and guts in a beautiful Barcelona side under Pep Guardiola. Sometimes, football leadership means putting your body where it hurts, and Puyol did just this – often.

In interviews over the years, the Spaniard has spoken of how he didn’t believe that he was necessarily the best player technically, or even the brightest footballer in the dressing room. However, Puyol never stood for nonsense, slack, and loose ends. Gerard Pique, who played alongside Puyol at Barcelona, spoke of how his belief and trust in his teammates never diminished – and neither did his expectations of them, regardless of the score.

Sometimes, football leadership isn’t always about being ‘the greatest’ in a technical sense. This is also true in the business sphere. The greatest leaders can often be those who, despite not being the most innately talented, are always willing to pick up the slack, keep things organised, stay on top of things and do the hard graft where others settle for the minimum.

On the football pitch, Carles Puyol embodied this.

One of the world’s greatest footballers, Ronaldo is a case in point of leading by example. Whereas Carles Puyol was an example of a leader-by-ethics, Ronaldo is most definitely a leader-by-talent.

Ronaldo serves as a role model on the football pitch from a technical and work ethic perspective. He compliments his incredible natural skill with a (generally) impressive attitude towards doing the extra miles. As a leader, it’s important that your team look up to you. Undoubtedly, many of the players that Ronaldo has played with over the years will have seen his talent – reaching his level, or indeed stopping him scoring – as a source of added motivation.

For the Portuguese National Team, of which Ronaldo is captain, an iconic image was of his eager leadership from the touchline in the EURO 2016 Final. Despite coming off injured early on in the game, Ronaldo led his team from the sidelines alongside manager Fernando Santos. His galvanising antics epitomised him as a leader by nature.

Ronaldo’s legendary status can be both useful and not useful when it comes to football leadership and its lessons for business. In business, a celebrity owner can sometimes draw attention away from the rest of a team supporting their image with hard work. Indeed, Ronaldo has been criticised before for impacting team dynamics due to his star status – especially at Manchester United.

However, Ronaldo saves games, scores vital goals, and, over his career, has carried much of the success of his respective teams on his own shoulders. As a leader, Cristiano Ronaldo is not somebody who can be seen as a luxury – his impact is real. Business leaders should aspire to leading by getting results through their own initiatives and work, alongside that of their team.

Roy Keane’s football leadership style is infamous. Iconically ‘no-BS’, Keane’s spell as Manchester United’s captain between 1997 and 2005 was one of the most recognisable captaincies in history.

His main leadership trait is no secret: high standards and accountability for himself, and those around him. Keane is a unique leader in some respects, and most definitely contrasts the increasingly used practice of soft leadership in the workplace today. For the Irishman, nothing less than the very best – or at the very least, striving for the very best – was enough.

Some of his most memorable punditry moments have resulted from scathing attacks on the stereotypical modern footballer culture. Keane’s overriding belief is that players are there to do one thing – win matches – and that everything else is secondary to the task at hand. His no-frills approach is increasingly uncommon away from the football pitch, and, to some extent, on it, too.

However, leaders should remember that they are there to lead. To get the best out of their team, and the best results for their team or company. To ensure that deadlines are met, objectives are achieved, and organisations move forward. Roy Keane’s interpretation of football leadership should serve as a reminder to business leaders that, every now and again, it’s necessary to proverbially crack the whip.

The key rule: don’t fall into being a bully. There’s a fine line between high expectations, and unrealistic expectations.

Finally, we come to ex-Roma striker Francesco Totti. Totti’s leadership is in some ways a combination of many of the virtues we’ve seen in the aforementioned captains. Talent? Definitely. Hard work? 100%. A one-club, one-heart man? Totti’s commitment to Roma was simply unquestionable.

Totti became the youngest Serie A captain ever at 22, taking the armband from Brazilian World Cup winner Aldair in October 1998. In the coming decade, he would break Roma’s appearance record, as well as become the club’s most successful player ever from a silverware perspective. Despite a dip in form and falling out of favour during the Ranieri era, Totti retained the captaincy and stuck with Roma through thick and thin until his retirement in 2017.

Francesco Totti can teach business people a key lesson about leadership: the grass isn’t always greener on the other side.

Despite droppings, poor form, and transfer rumours, Totti focused on the task at hand, and put his heart into the club. From a business perspective, leaders can see the importance of loyalty. Totti has forged an everlasting connection and left a permanent legacy on Roma.

Is this more valuable than material success? In business, is touching people’s lives more important than money?