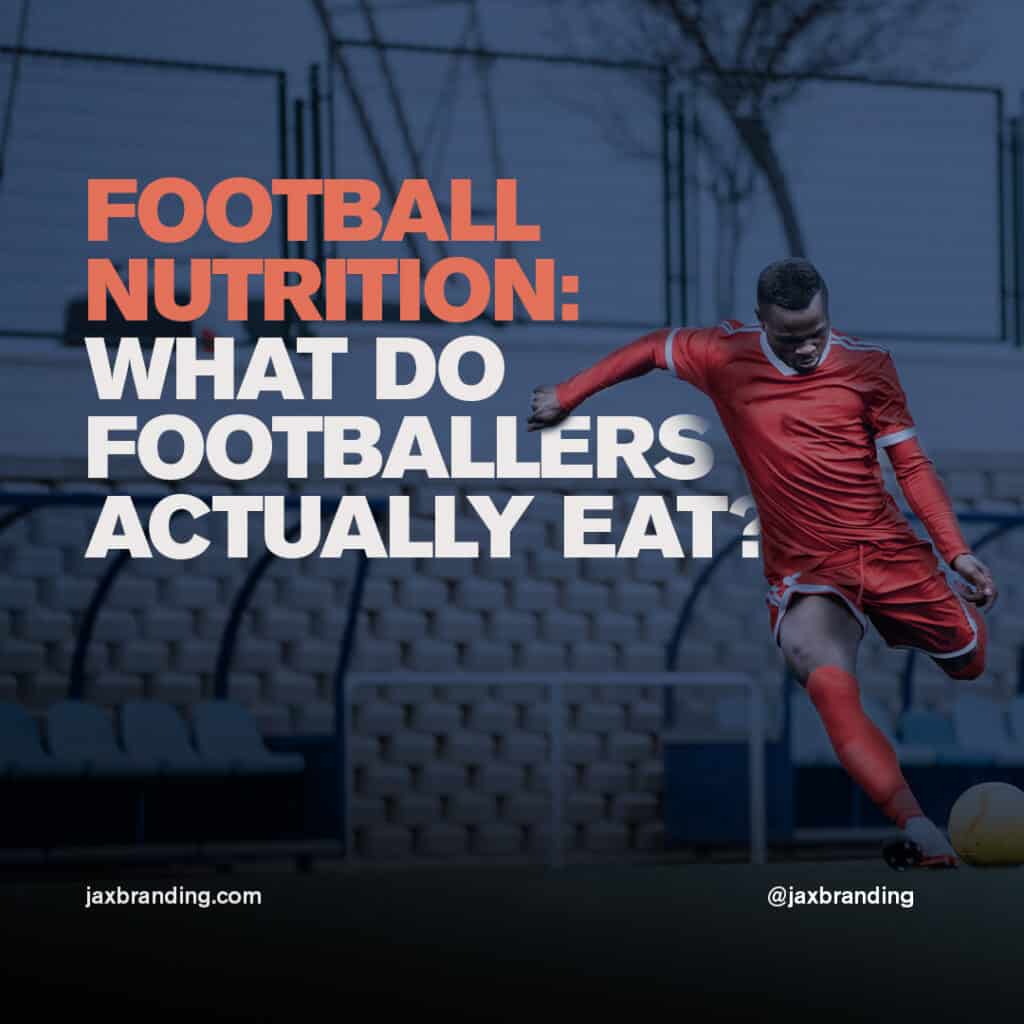 Baked beans? Lots of eggs? Nando’s? Even more chicken? Is being a footballer all carbs and veg?

Some may argue that one of the drawbacks of being a professional footballer is the strictness of football nutrition. You may well have heard (depending on your food heavens and food hells, of course) stomach-churning stories of footballers living off fish and pasta, day in day out, but this isn’t a completely true reflection of their diets nowadays which are often more varied, bulky, and sometimes a little bizarre.

Welsh striker Thomas Hal Robson-Kanu was reported to eat an eight-egg omelette for breakfast each morning whilst at Reading FC, as well as stomaching a huge bowl of porridge. Ben Foster, ‘The Cycling GK’, portrayed his semi-gluten free diet in one of his match day vlogs, swapping normal toast for a wheat free alternative. Similar stories exist across football.

According to private chef Jonny Marsh who has worked with some of the world’s best footballers, Kevin de Bruyne is a particular fan of spaghetti carbonara. Marsh himself had to develop a healthier version of the popular Italian dish to fit De Bruyne’s physical profile, as he explained to the Guardian in 2020.

However, when it comes to football nutrition, players’ diets in Britain were not only inappropriate but outright unhealthy until foreign managers such as Arsene Wenger – credited with pioneering a cultural revolution in the English game – began to arrive in the UK. Yet, the superfood infused diets that footballers live on nowadays may seem bland from the outside.

And it is this sort of image of football nutrition that footballer Marc Pugh is trying to change.

The meal pattern of professional footballers varies from club to club and player to player, but the general rule of thumb follows the above pattern. However, main meals tend to be broken up throughout the day into five or six smaller plates.

Carbohydrates such as pasta, potatoes, and rice are a staple in football nutrition. Alongside the beige come the red and white meats – chicken, lean beef (removing excess fat, of course), and turkey. Proteins are essential to muscle recovery and growth, hence why they constitute a large part of footballers’ diets.

Then come the vegetables, fruits, and moderated sugars and fats. Fruit and veg are packed with fibre, helping to maintain a healthy gut, and are similarly good at replenishing lost fluids. Many football clubs also cater for cultural diets, such as for Muslim footballers during Ramadan.

Dr Mayur Ranchordas of Sheffield Hallam University has spent time working with footballers up and down the footballing pyramid. “Ten years ago players would pay attention to what you were saying, but they weren’t that fussed about applying the info. Whereas now players are so much more receptive and open-minded as they realise what impact good nutrition can have on their performance, recovery and injury prevention and will act upon it accordingly”, he told the Guardian.

And it is exactly this notion that Marc Pugh is embracing through his new football nutrition venture ‘The Foodie Footballer’. Marc, who self-professed that boiling an egg eight years ago presented a challenge, has very much improved his culinary skills – and commercial presence – mainly on Instagram.

Consistently sharing pictures of stunning, diverse dishes on his social media accounts since 2019 has seen Marc Pugh amass a large following. He has channelled this obvious interest in his cooking into a venture that has huge commercial potential, releasing regular recipes on cooklybookly.com so everyone can share in his joy being in the kitchen.

But football nutrition, for Marc, didn’t have business-shaped roots. An exclusive interview with the ex-Bournemouth legend on The Athletic explained that “Pugh stumbled upon a year-long online nutrition course from a Groupon email and proceeded to study 18 different modules covering body fat, energy, recovery and fitness” in 2013.

Since then, the tricky winger has diversified his palette, branching out into cooking dishes from Teriyaki salmon to a selection of curries, and brilliant salads to a good old Sunday roast. He has also added a few more qualifications to his CV in the last few years, namely diplomas in athletic performance and weight management. He is a staunch believer in the fact nutrition goes hand in hand with fitness, so has also qualified as a gym instructor and personal trainer.

Talking to the QPR website whilst on loan at the club during the first UK lockdown in the COVID-19 pandemic, Marc Pugh detailed how he wanted to help younger people – athlete or not – with healthy recovery strategies.

But core to his love of cooking is Marc’s family. His Instagram account is littered with images of his two daughters getting stuck in the kitchen. It is this joy and passion, underpinning the authenticity and personability of Marc’s football nutrition journey, that can easily be turned into a powerful, purposeful, beloved brand.

Marc Pugh has ambitious plans to launch his own cooking channel, a website and a mobile application for people who want to take their fitness and nutrition to an entirely new level. More news about Marc’s entrepreneurial journey will be coming soon.