FOOTBALLERS IN RETIREMENT: FINDING JOY AWAY FROM THE BEAUTIFUL GAME 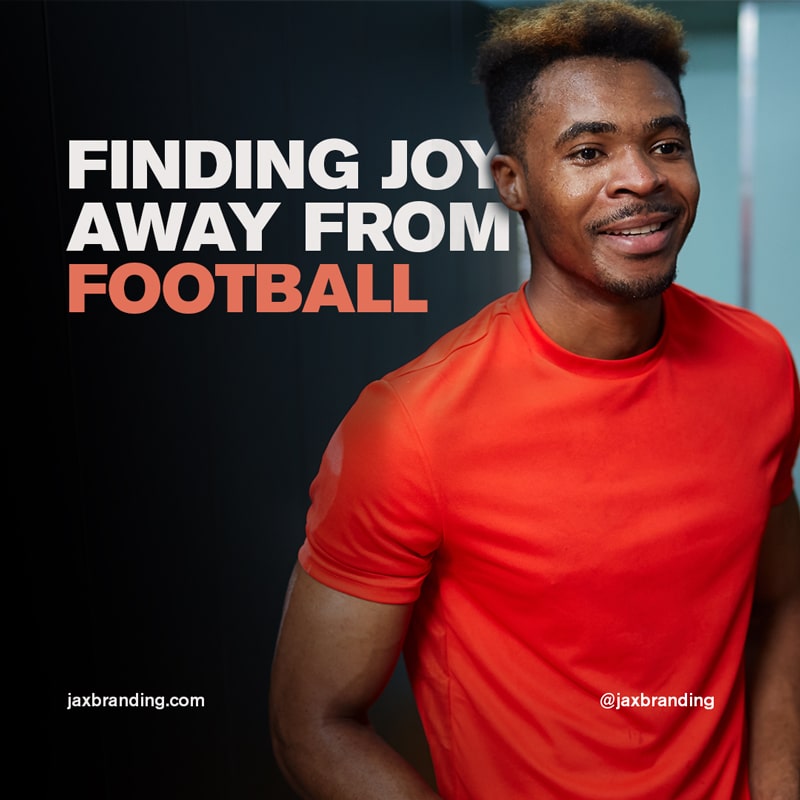 The business world provides an opportunity for footballers in retirement to remain occupied, stay creative, and forge a new legacy.

Our recent content has surrounded the best and the worst of the issue of retirement for an elite athlete. In football especially, careers are very short. Most players have made enormous sacrifices – throughout most of their childhood and early adult life – to reach the pinnacle of footballing achievement: signing a professional contract. But for footballers in retirement, the success, fame, and passion can, simply, evaporate.

Football is a unique industry. It’s a phrase that we’ve used countless times across the content on our social media channels, but the message stays all too true. For better or for worse, football creates heroes and villains. Makes and ruins careers. Brings hope and despair, often literally within minutes, and, above all, defines the identity of thousands of professionals simply based on how well they can kick or save a ball.

But as an industry, football is also a very tight-knit environment. From the ages of seven or eight, football may be the only area of achievement or solace for thousands of children, often from deprived backgrounds. It can provide a way out – a way to a better life – with the camaraderie developed in the game the envy of many. Similarly, footballers – for huge proportions of their lives – will have been tied into strict routines, giving a sense of order and purpose in their lives.

As such, footballers in retirement can lose all sense of meaning. As ex-Burnley, Watford and QPR footballer Clarke Carlisle told the Guardian after retiring:

‘I was trying to process the fact that I was never going to play again, and I couldn’t. Because that was me, I was ‘Clarke The Footballer’. After all, retiring at the age of, say, 35 isn’t ‘normal’

Such footballers in retirement aren’t elderly by any means. They still have decades of life ahead to forge a new path and find a new purpose. But this step into the unknown can be difficult.

Branding, as an aspect of business, is in principle relatable to footballers in retirement.

What is branding, and what does it do?

Brands are both physical and ‘invisible’ things. In practice, the logo, colour palette, typography, and general design of a business are examples of branding. But a brand is more than imagery. It’s the feel of a business – the evoker of certain emotions and values associated with an organisation.

As such, branding is much about creating an identity – hence the phrase ‘brand identity’. For footballers in retirement, it can feel like their identity has been lost. Whilst many a motivational speaker will explain that one’s worth shouldn’t be linked to their profession, this often is the case with football. In other words, football becomes players’ life, rather than solely their job.

Mental health issues can often set in for footballers in retirement. In fact, in 2017, FIFPro revealed that 35% of former players faced problems with depression and anxiety. Further research suggests that some of this stems from early-onset joint issues, as are common in footballers. However, it isn’t the sole cause.

In life generally, it’s good to keep occupied. Retiring in your early-to-mid adulthood leaves years of potential emptiness ahead. Gambling and drug or alcohol addictions have been reported amongst footballers in retirement, even those who played at the very top of the game.

For some, money simply sits in a bank account, being spent away with no way of replenishing it. The FA do have a pension scheme for players, but for those at the higher end of the game, savings are often adequate to invest in more ambitious ways. In summary, having a lot of time and not a lot to do with that time can create a slippery dark slope. Footballers in retirement should always look at founding a new venture. Finding a new venture.

How can JAX Branding help footballers in retirement?

As we’ve detailed, branding and identity go hand in hand.

Business is a good route to go into for many footballers in retirement. With often healthy start-up funds, a large social media following, and, for some, the celebrity pull, starting a business can be extremely rewarding – if done properly.

One of the most difficult aspects of business, however, is branding. It can be hard to translate ideas into reality, and when an idea doesn’t seem to get off the ground, people can become demoralised. In order to truly create an identity that embodies you and what you believe in, it’s always best to contact someone who knows what they’re doing.

JAX Branding specialises in branding the businesses of footballers in retirement, or for current/ex-footballers and athletes more generally. However, whilst we always try to go above and beyond to create beautiful brands, at the crux of it we care about you as a person.

After all, we know what it’s like to lack that something once you move away from the footballing world. At JAX Branding, we don’t only get the ball rolling in terms of your vision, but we also ensure that what you’re investing in will give you the best chance to find joy away from football.

Because we know that footballers are humans, too.