FOOTBALLERS PREPARING FOR THE FUTURE 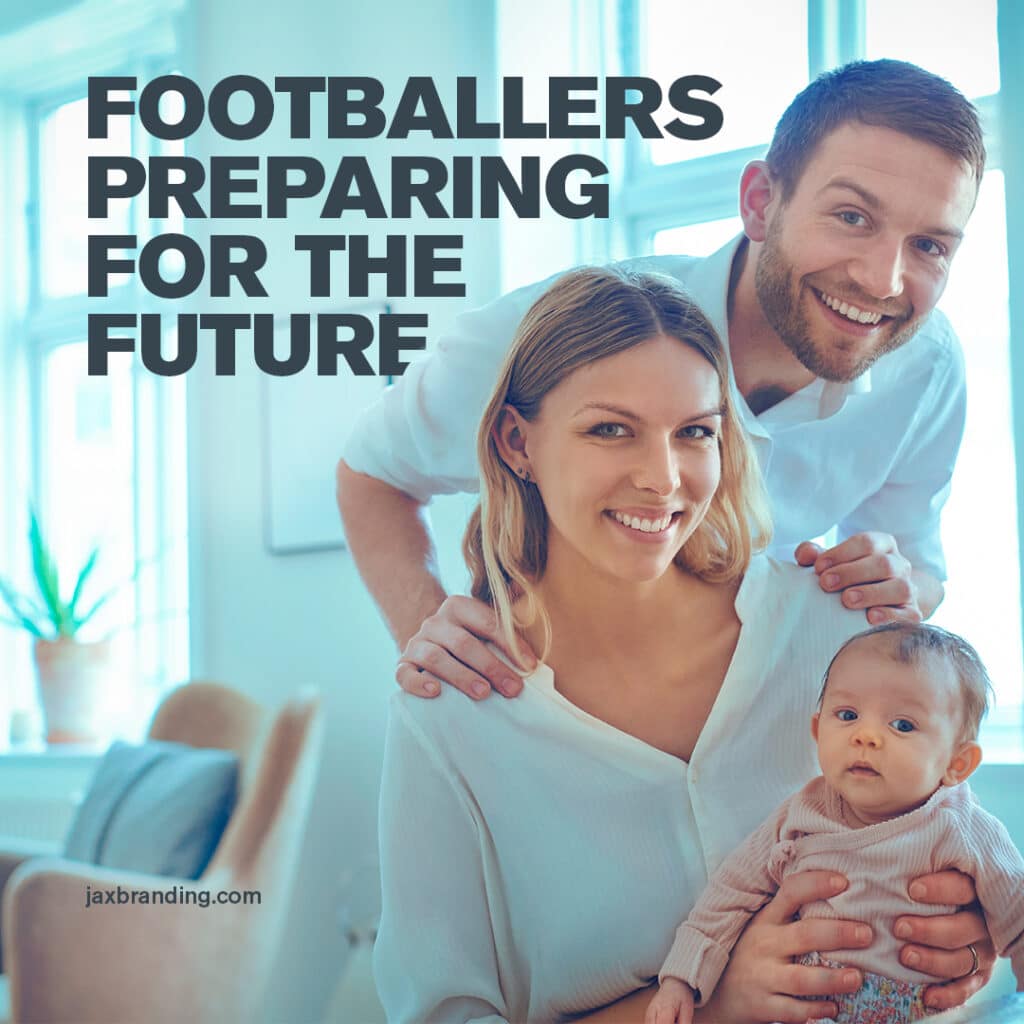 As they reach their thirties, it’s common to see footballers preparing for the future off the pitch. Whilst the media may only report on ‘bigger name’ ventures, plenty of players are getting their feet on the first rung of the business ladder.

Footballers preparing for the future is, to a large extent, the reason why JAX Branding exists. When creative director Jack Bies stopped playing himself, he realised the necessity of finding another avenue in life. Whilst Jack has ultimately found his niche, other footballers – many much more renown than himself – have struggled to deal with life away from football after their careers on the pitch ended.

Thus, Jack knows the importance of landing on your feet once your playing days are over. JAX Branding endeavours to help any player scale their business through branding, whether you play for Rochdale or Real Madrid. Brand workshops provided by JAX Branding will gain an understanding of where you are and where Jack can take you, but, as with anything in business or life, you need to get yourself on the ladder first.

And that’s exactly what Reading FC defender Michael Morrison has been doing.

Morrison may not be a household name, but he sets an example for footballers preparing for the future.

Reading, Charlton Athletic and Birmingham City fans will know Morrison as an ‘old-school’, no-frills center-half. A leader on the pitch, Morrison has been an integral part of many defensive units over the years; the latest being at the Madejski Stadium, Reading.

Like millions of people over the country, however, the COVID-19 lockdowns have meant that Morrison has had to juggle professional football with family life more so than in previous years. And, on top of that, Morrison has three barber shops to take care of – a joint venture with a friend of his.

In an interview with Sky Sports, Morrison spoke of the frequent Zoom meetings with staff, dealing with furloughing employees, and taking on more financial responsibility for the business due to the economic impact COVID-19 has had on thousands of businesses across the UK.

Owning barber shops, however, is only one of several options Morrison has to explore further once his playing days are over. At 32, Morrison likely still has a few years left in the tank, but as any footballer knows, their playing days don’t last forever. However, a life in football is addictive.

After being in an industry sometimes since the age of nine or ten, football becomes one’s life. As such, Morrison, like many other footballers preparing for the future, have their eye on staying in the football arena when they hang up their boots.

Whilst the first team gun for a Play-Off finish at the least this season, Morrison has been helping out others around the club.

Morrison is foraging into the coaching world, albeit with players a little younger than he may have imagined his first coaching job to be with. The Englishman has helped out with the Reading U14 squad over the course of this season and admitted that his appearance left a few of the youngsters a little starstruck.

‘They are a little bit nervous because I am a pro. In the first week with them, you would ask them a question and they would not want to get it wrong’.

In truth, it’s this will, selflessness, and passion for the club and the beautiful game that has shown Morrison to be an exemplary ‘clubman’ on and off the pitch. A reliable player on it and a role model off it, Morrison’s personality will likely take him far in his post-playing career.

Morrison, like many footballers preparing for the future, has also furthered his knowledge of the non-playing staff side of football. He’s received his scouting qualifications and is also undertaking a degree in sporting directorship at Manchester Metropolitan University.

Grounded as ever, Morrison knows that coaching qualifications alone are not enough to land a job at the top in football these days, no matter one’s playing background.

‘I want to make sure that if a role does come up then I have the qualifications for it. I think you have to be realistic. There are so many good people that want to work in football…guys have had incredible careers, much better than mine…that just having a playing career is not going to be enough to get a job’.

Footballers preparing for the future will face an increasingly dynamic, fast-paced, and ultra-competitive job market or business environment when they cross the white line for the last time. Businesses or the consumer market won’t necessarily take to you or your product solely because you were a professional footballer, hence why it’s important that you brand yourself and your business.

Similarly, Michael Morrison has given himself multiple options for when his career on the pitch ends; never underestimate the value of dynamism and having a varied skill set.

Don’t leave anything to chance. Get things rolling by contacting JAX Branding to kick off your post-football career!