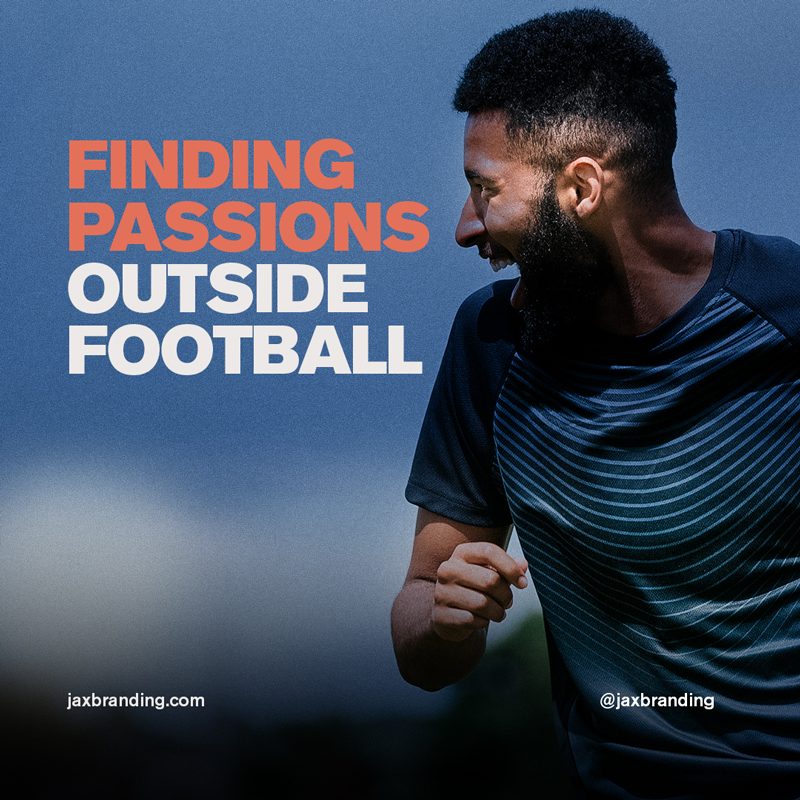 Football is a lifelong passion for the vast majority of players. Having interests outside the game may go amiss…

What you’ll learn in this article about finding passions outside football:

Mark Manson is a no-BS self help author. His advice on life is blunt, to the point, relatable, and thought provoking, as much as it is mildly demotivational but refreshingly real.

One topic Manson has spoken about is passion, and what it means to ‘find’ your passion. In an article on his website, the American life coach summarised his approach to this topic in his introduction.

‘Your passion is right in front of your face. If you have to look for it, then you’re probably not passionate about it at all. So screw “finding” your passion’.

What Manson’s getting at may sound strange at first. However, his point is an interesting one. Is there something that people may be missing in their lives?

Football is passion, and that’s not just metaphorical. So is business, for millions of entrepreneurs. The two fields share a plethora of similarities, not the least of which being that they are industries that have desire for success at their core. On or off the pitch, clubs want – and need – to succeed.

Players are no different, and neither are businesses – whether they be small scale start-ups, global conglomerates, or indeed charities or foundations. Underpinning the meaning of this success is passion. It’s an emotion that can do good and bad, but, when used for the former, can create truly powerful entities and outcomes.

Often, passion is found in one particular subject, person, or entity. True passions tend to be quite narrow, in the sense that they are wholly invested in one thing. This isn’t bad at all, but when it comes to football, the all-consuming nature of becoming a professional player can cut off other avenues in life.

Why is it important to have passions outside football?

When football is your life, your life can lack diversity. This isn’t bad whilst you’re actively playing the game, but it can make change difficult. Struggling to deal with change can stem from feelings of a loss of control, a seeming loss of identity, or simply excessive boredom.

Finding passions outside football may not entirely prevent these issues, but having a new task to focus on can help ease the transition away from the game.

It’s quite telling that a Google search of ‘football retirement and mental health’ yields 11.8 million results. The first eleven results throw up words such as ‘stigma’, ‘depressive symptoms’ and ‘anxiety’. That’s not to say that all footballers who retire will suffer from mental health challenges, but the increasing scale of investigation into the problem suggests that, simultaneously, the problem is increasing.

It’s important to stay focused on your commitments to your club and its fans. However, players should never feel guilty for having interests off the pitch. Connecting with different parts of yourself helps you become a more rounded person. Furthemore, having different passions in your life means that your identity doesn’t necessarily become attached to your worth.

What sort of passions outside football can footballers turn into a business?

Well, pretty much anything. The great thing about finding passions outside football is that your horizons suddenly expand far beyond the walls of the beautiful game. That being said, various footballers have successfully pursued careers in the football industry rather than venturing into other areas.

Let’s begin within football, because one of a player’s passions outside football can indeed still be football. What areas are there to expand into?

The media industry is an enticing prospect for many footballers. Those who relish the day-to-day invigoration of being involved in the action may opt to move into coaching – and a select few, management. Others, such as ex-Manchester United player Louis Saha, combined entrepreneurship with football and moved into the corporate world.

The ‘Cycling GK’ Ben Foster is another whose passions outside of football are obvious: podcasting, YouTubing, and of course cycling. Foster has founded a successful brand around this.

One article detailed that, in 2018, LinkedIn analysed data on over 3,000 former NFL players to find out what industry they went into after their professional athletic careers. The results were as follows:

If starting a business floats your boat, or whether you’re just exploring your options, the power of a footballer’s reputation off the pitch can be used for good and turned into a winning brand. Think ahead, and take control of your next steps.