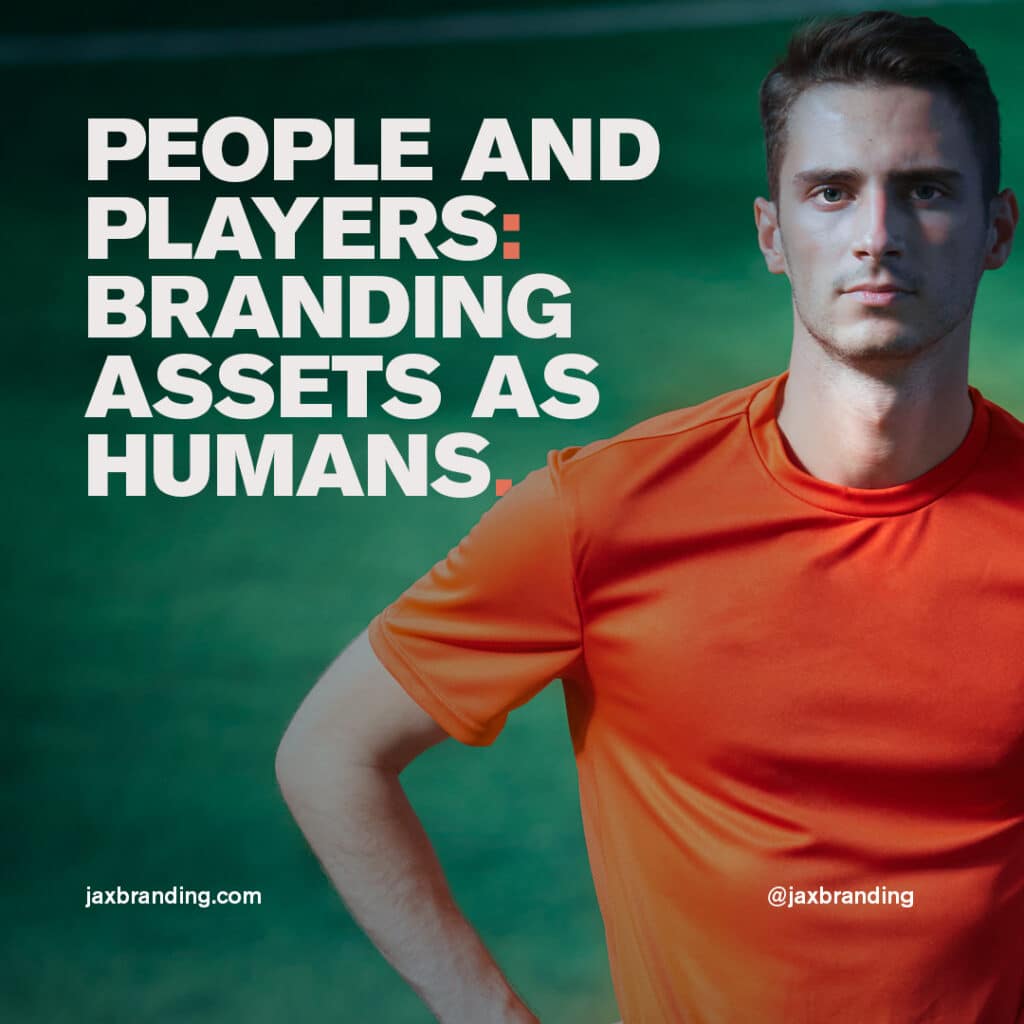 We often forget that footballers – many of them multi-millionaires ‘living the dream’ – are human. So, in business, how do we ensure that we are branding ‘assets’ as humans?

In 2019, the Guardian revealed that the average weekly wage for a Premier League football player was £61,024. To put this in perspective, the average yearly earnings for a full-time employee in the UK was £30,378. These figures alone show why it’s become so easy for football players to be thought of as assets. Are we, in business, branding assets as humans?

Depending on what sort of football stakeholder you are, this image may differ, but when it’s businessmen who ‘own’ these players, money can easily cloud judgement.

After all, when 17-year-old boys are being bought and sold for the same price as a five-bedroom detached house in Surrey, one can begin to understand the sheer lucrativeness of football as an industry.

But most of us will only ever see footballers as idols, whilst we sit watching them on the TV or from the stands. We forget that these seemingly superhuman athletes are, at the end of the day, just people. Arms, legs, head; really not that different from you or me. And this can present a problem when players move into the business world once their careers end. Agencies are often not branding assets as humans, rather just the former.

Luckily, JAX Branding is branding ‘assets’ as humans – an integral part of the creative process is ensuring the person behind the brand shines through.

In a recent conversation with the agent of a Premier League footballer, creative director Jack Bies was told how easily a player’s value can fall off due to just one or two poor performances. In contrast, it can take a much longer period of time for the player’s value to grow.

This in itself encapsulates the pressure that footballers come under throughout their career, especially at the highest levels where millions and millions of pounds are involved in wages, transfer fees, and bonuses for both players and agents. Furthermore, many of these players are, in comparison to the ordinary employee, still very young.

It’s easy to say that being brought up in a footballing environment surrounded by wealth (or the potential for it) at the age of 17, 18, 19, and even into the early 20s, places a player in a bubble. However, in reality, these young men are just young men. Yet, they carry the expectations of thousands of people and thousands of pounds on their shoulders.

In this sense, it’s easy to become a vastly different person in the footballing arena. Your personality changes once you cross the white line; you’ll do anything to win.

From the early stages of the academy system, players are encouraged to ‘put on a personality’ if they aren’t naturally loud or confident, and this persona grows and grows. Premier League footballers, for the most part, are likely to be quite different people away from the pitch.

So how does Jack ensure he’s branding ‘assets’ as people?

Jack’s personal values, as well as what he’s learned from his experience in branding working with companies ranging from Manchester United and Manchester City to Heineken and Apple, has both shown him the necessity to use personal, emotive techniques in branding, as well as reinforcing his own pursuit of perfection.

Football players at the tail end of their career may be in two minds. What do they want their new business’s branding to portray? Do they play on the image they’ve created during their career on the pitch? Or do they shine a more intimate, personal side through their business?

For some, their playing and personal image will be the same. JAX Branding will work tirelessly with you to help you platform this image. However, if you find yourself a little stuck, Jack’s detailed brand workshop will refine the image you want your brand to portray to the highest possible standard.

In a collaborative process, Jack will create a branding action plan with you by analysing your customer base, strategising a user journey, finding a compelling value proposition and prioritising your goals. He and his expert team then overhaul your business’s branding, producing effective, beloved, beautiful brand.