MAKING FOOTBALL INTO A BRAND: THE F2 FREESTYLERS 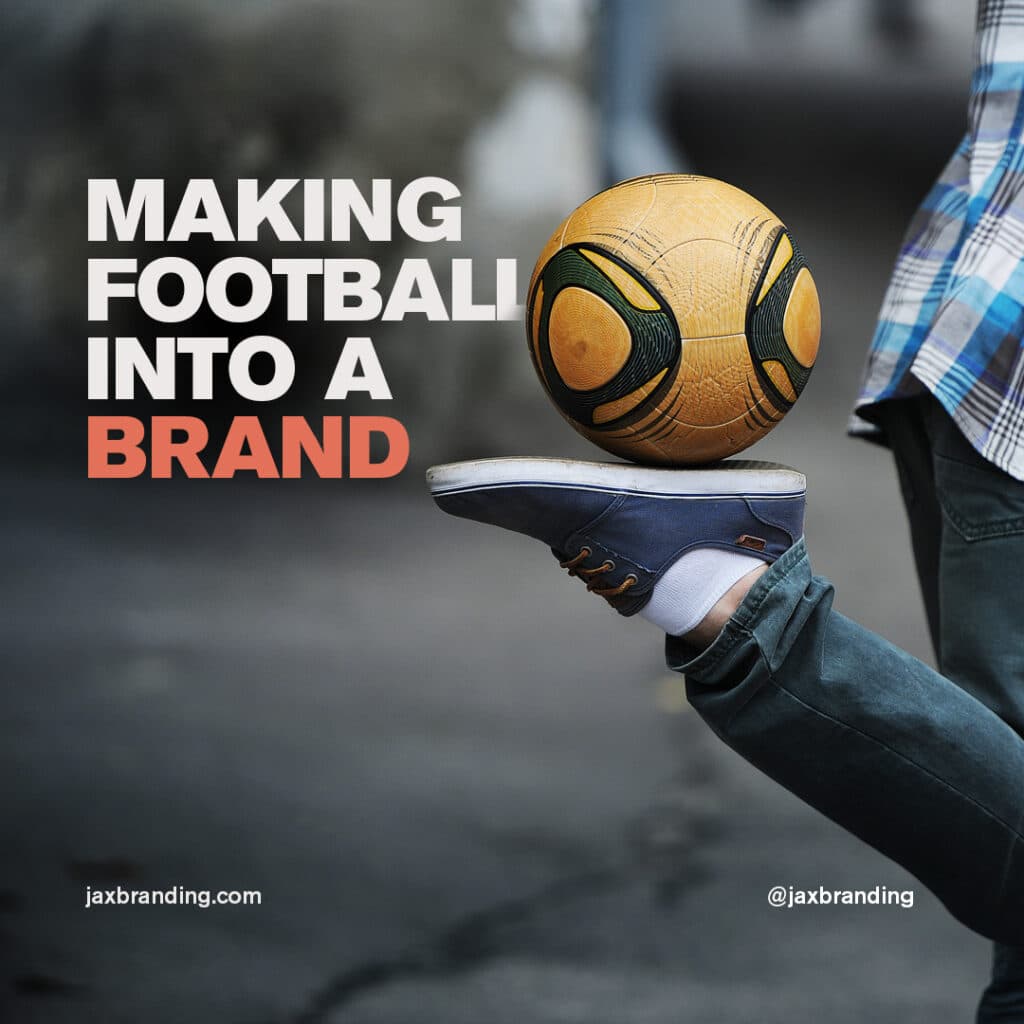 Billy Wingrove and Jeremy Lynch have accumulated some 2.5 billion views on YouTube as the F2 Freestylers. But how did they make their football into a brand so successfully?

Wingrove and Lynch, more commonly known as the F2, are a household name for any young football fan. Or for that matter, any football fan who has access to YouTube. The pair were both signed at professional football clubs as teenagers, but neither were considered good enough to ‘make it pro’ for various reasons.

The pair met in 2010, and a year later they launched the F2 Freestylers YouTube channel. Lynch was the better known of the two faces, having been the ‘cheeky London lad’ who made it to the semi-finals of Britain’s Got Talent in 2008. Wingrove, meanwhile, had been playing non-league, but like Lynch, had already begun freestyling.

Nearly 13 million YouTube subscribers, 23 million+ likes on TikTok, eight million+ followers on Instagram, collaborations with the likes of EA, Adidas, Santander and Sky Sports featuring footballers such as Kylian Mbappe, Steven Gerrard, Luis Suarez, Lionel Messi, Virgil Van Dijk, Son Heung-min and more, the F2 are a footballing phenomenon. But how have they done it? There’s more to it than just footballing skill.

The F2 have built a brand on social media, which has been the underpinning reason to how they’ve made their football into a brand.

In the modern game, fans of football (especially children) tend to see professional footballers as superstars – flashy, cool, rich and the ultimate dream in terms of the life that many would love to live. Take Cristiano Ronaldo; who wouldn’t want to be like him, in part at least?

Business is not all about money, of course. Making others’ lives better is the underpinning reason of innovation. Monetary gain is somewhat a by-product of this; a principle that JAX Branding’s Jack Bies believes in passionately. However, businesses do need to make money, or they simply wouldn’t be afloat. Naturally, most of the time, we measure the success of a company in terms of the financial statistics

The pair are one of the most successful influencing brands of all time – and also one of the first, having joined YouTube as it began to boom in 2011. Utilising social media is how the F2 have platformed themselves to such heights, rather than trying to force their way into the TV industry when starting out. Why? Well, from the outside looking in, at least, it suited the type of content that the F2 wanted to create, and the audience that they wanted existed on certain platforms.

The business acumen behind these decisions, intentional or not, are to be learned from for any brand.

The F2’s main platform is YouTube and when we look at some of the statistics surrounding YouTube users, the F2 are definitely focusing their attentions on the right platforms. The same applies to TikTok, where they have their second largest following, followed by Instagram.

The F2 are also particularly good at ensuring their videos are relevant. The pair have spoken about how they believe that some of their most viral videos have been successful due to playing on real life events as soon as possible after they happen.

Whilst the F2 may be extremely skilled, the premise of their brand is fairly simple.

Ultimately, the F2 are doing what millions of football-loving YouTube fans try to do. They’re doing football tricks in front of a camera, only much more successfully. If we’re going to take anything away from the F2 as a brand, it’s this:

Do what you love.

The F2 have successfully made their football into a brand. Often in business, people search for the market opportunity that will make them the most money. However, this doesn’t always work. If you aren’t a ‘natural’ entrepreneur or don’t have a skillset or experience that suits a certain industry, success is hard to come by.

Not that Lynch and Wingrove don’t have entrepreneurial skill – turning their football into a brand that is virtually world renown amongst a certain demographic, especially after facing rejection in the industry that you’ve built such a brand in, is quite a feat – but if the pair had ventured into, say, computer software, they may not have had such success.

The F2 harnessed their talents and projected themselves to a level neither of them likely dreamed of. They did it by doing what they loved. Of course, other factors would have come into play. But to succeed in any industry, you need to have passion for the project. As musician Marc Anthony famously said:

‘Do what you love, and you’ll never work a day in your life’.

Want to get your business career kicked off? Chat with Jack about your vision, and get the ball rolling.