THE REALITY OF MONEY IN ENGLISH FOOTBALL 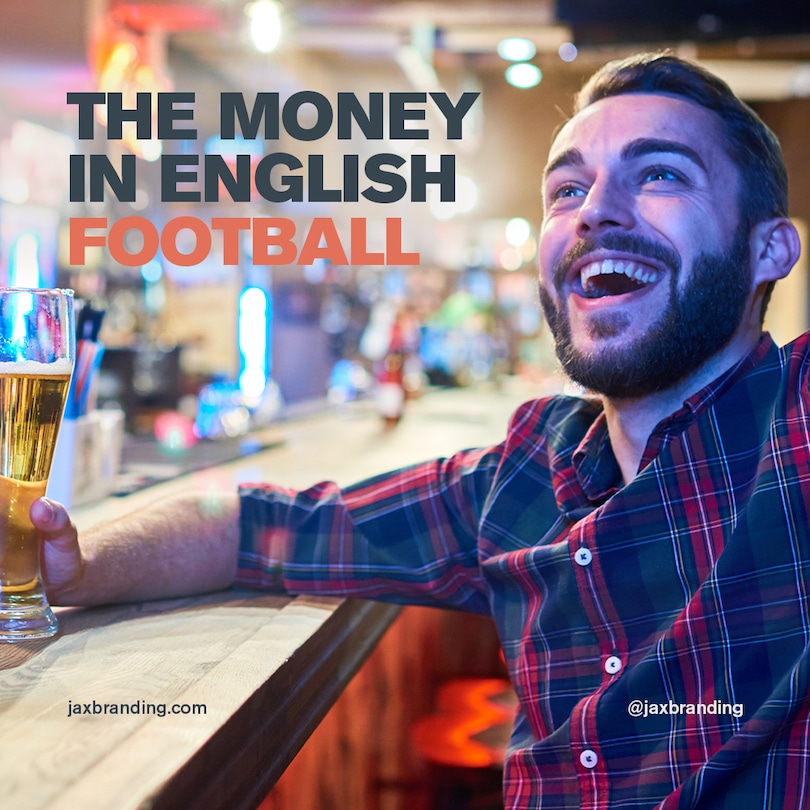 The money in English football is astronomical; there’s no getting away from that fact. But how sustainable really is running a football club in the Premier League or EFL?

When the old first division clubs split from the Football League in 1992 to form the Premier League, the money in English football (at the top, anyway), began to rise too. Over the next thirty years or so, Premier League revenues would grow from a combined club income of £170 million at the opening of the EPL to around £5 billion by 2020.

The figures are incredible. Sums of money that most businesses could only dream of. However, given the global phenomenon that football has become, this is broadly understandable. There are several ways that football clubs make money – some more prevalent than others, granted – but in English football, everything is built on reputation and loyalty.

Funnily enough, reputation and loyalty are two things that tie into branding. When creating a brand, you’ll be creating an identity. An identity both grows a reputation and creates subsequent loyalty to the brand. In football, this identity is the club, the loyalty the fans, and the reputation, however well the club performs.

Unlike in ‘normal’ business, however, football clubs don’t tend to lose the loyalty aspect (that much, anyway) even if the reputation is poor. It’s what makes football such a distinctive industry; the identity of the brand is so much stronger.

Football clubs across England tend to make money in similar ways, but each method has a different weighting depending on the level of the club. For example, TV broadcasting revenue is good for both a team in League Two and the Premier League. However, the sums are vastly different, and will simply generate more for a team in the Premier League.

In the 2017/18 season, Arsenal brought in around £180 million in TV revenue. In League One, clubs brought in about £146 million in total revenues. League One made less money than Arsenal did from TV revenue alone. This in itself shows the difficulty of competing with the ‘big guns’.

Clubs also make money from transfers, gate receipts, and sponsorship deals. Naturally, in 2020/21, gate receipt revenue (for most teams) will be extremely low – perhaps even £0 -, depending on the area of the UK that the club is in. As clubs get promoted and relegated, statistics show they do gain and lose fans, as expected. Therefore, gate receipt revenue tends to be directly proportional to league position. The same can be said for wage spending – the higher the spend, the higher the club tends to finish. However, this isn’t the case for every team, every year.

Transfer fees also generate substantial amounts of money in English football. Yet these aren’t fixed revenues – they are dependent on other conditions. Unlike sponsorship deals, which are contracted for fixed amounts of money in a given time, transfers aren’t guaranteed, nor are they all paid upfront. Often, fees are paid in instalments over a few years.

…And what do football clubs spend their money on?

A football club, like any other business, has both fixed and variable costs. A fixed cost is something that is paid regardless of the output of the business, and a variable cost is paid depending on the output of the business. For example, if a business is making 100 cars, then they’ll need 100 engines. If they only make 50 the next day, they’ll only need 50 engines.

Football clubs’ fixed costs are player and staff wages, any utilities expenses (e.g., stadium rent), any expenses relating to companies hired to do commercial work for the club on a fixed-term contract, and so on. Variable costs include the running of the club on a matchday (stewards, catering, programmes etc. all depend on attendance) as well as any transfer fees paid.

The huge sums of money in English football include wage bills. And, for a lot of clubs, deficit budgets are being run in terms of wage bills. This is where the football club is paying more money in wages than they make in revenue. In the Championship in 2017/18, 18 out of the 23 teams that submitted their financial data made a loss pre-tax. More startlingly, around half of the teams in the Championship in 2018/19 spent over 100% of their revenue on players’ wages – Reading spending the most at around 200% of their turnover.

So how do football clubs stay afloat whilst making huge losses, consistently?

Football clubs have two key things going for them:

Being a community asset means that local authorities tend to be more inclined to help out struggling clubs in the lower leagues. In many towns and cities around the UK, the football club is the ‘binding glue’ of the community. To put it another way, it’s in the best interests of the area authorities to, for example, not leave the club without a stadium.

In the higher leagues, some of the owners of the top clubs are so rich that, in theory, they could just pump money into the club until a profit was made. However, this isn’t fair, and it’s what Financial Fair Play tries to restrict. The money in English football isn’t ethical, so to speak.

Football clubs are, in the majority of cases, not profitable businesses. In the normal business world, a football club would be a frankly awful investment. However, for many, it’s the reputation and prestige that comes with owning a club that is the ‘pull’ factor. Thus, football will only keep on growing.