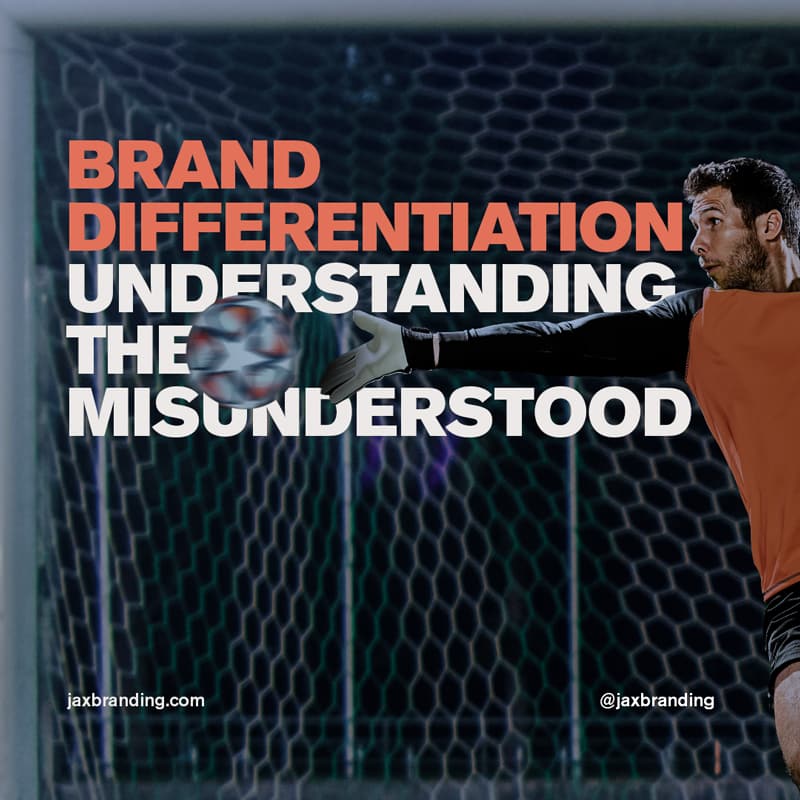 What similarities exist between goalkeeping and branding?

Goalkeeping is, undoubtedly, the most misunderstood part of the footballing world. Those mysterious madmen who train separately, often in a seemingly bizarre manner, wear a different colour to their teammates, are covered head to toe in mud by the final whistle and celebrate alone when monumental goals are scored, are a somewhat rogue entity in football. But what can goalkeeping teach us about brand differentiation?

At The Goalkeeping Blog, we know what it’s like to be different – because goalkeepers are ‘different’ in the sporting world. Our strapline is ‘the most misunderstood position in football, understood’. It’s this ‘misunderstanding’ of the vital, particularly skilled role that the goalkeeper plays that frustrates shot stoppers up and down the country.

With pundits across the media spectrum often misinformed about the role of the goalkeeper, false narratives – often undeserved – can sometimes be spun about the position. And it is precisely this notion that we want to challenge. A big part of ‘understanding goalkeeping’ is having the ability to think differently. We, as goalkeepers, think differently to outfield players on the pitch.

It is this idea of thinking differently that really strikes a chord when we compare goalkeeping to branding. Whilst these are not two entities that one would necessarily think of putting together, there are many transferrable lessons that can be learnt from each discipline. Most significantly, the notions of standing out, making a statement, and taking that step further than your competition.

After all, only one goalkeeper can play at a time. And, whilst business generally is not monopolised in the same way that goalkeeping is in a stable team, one of the main goals of any organisation should be to stand out from their competitors.

Brand differentiation has been explored in sports and business, on and off the pitch.

Goalkeeping balances two of brand differentiation’s key requirements: meeting target customer needs and doing this in a manner that makes people remember you. Take Manuel Neuer, for example. Neuer meets the needs of his manager by playing the ‘sweeper keeper’ style, but is also a master of this skill and so he stands out due to his incredible poise and efficacy in his play.

In other words, Neuer does it, does it consistently, and looks great doing it.

This then, is one transfer we could apply to branding. Successful business requires valuable substance, but image is equally important. Your organisation wants to be at a stage where you’re sending out defined, consistent signals to your consumer.

This creates customer loyalty – vital to growth – as people then buy on a more human level, rather than solely in a manner of supply and demand.

It’s this idea of image that works with the idea of ‘thinking differently’ and brand differentiation. To understand goalkeeping, you’ve got to understand that goalkeepers think outside of the box. This is because the majority of the situations that they will face on the pitch defy logic in multiple ways – and sometimes gravity, too. As such, goalkeepers will do things that aren’t ‘normal’ to the ordinary eye!

Although more advertising than branding related, Apple’s ‘Think Different’ concept encapsulated this sentiment. Thought to be a direct response to IBM’s ‘think’ campaign, Apple differentiated themselves from their competitors with their innovate, groundbreaking product range anchoring the campaign, giving them substance.

However, ‘Think Different’ still applies to the idea of image and identity. Brand differentiation is constantly at work.

Brand differentiation is vital. It can be expressed in different ways, both visually and in text. In both circumstances, however, success is determined by three factors. Much like with the Manuel Neuer goalkeeping example, Germany’s number one is considered one of the world’s best ever goalkeepers because he ‘walks the walk and talks the talk’. In other words, he looks good and IS good in his actions. Consistently good.

With this in mind, it’s important to remember that an image can change quickly. This is prevalent in goalkeeping. Just take the example of Unai Simón’s performance in the EURO 2020 Round of 16 fixture between Spain and Croatia. Simón delivered when the odds were against him.

So, determining whether brand differentiation has been successful should be measured against three factors. These are factors that, at JAX Branding, we undertake extensive business profiling against, We make sure that the powerful brand we create for you meets the following requirements:

Brand differentiation needs to have longevity. It has got to be able to ride the stormy waves that you will undoubtedly face in the corporate world. This is something that we understand in goalkeeping. Consistency is often the key to a successful goalkeeping career.

At JAX Branding, we like to think outside the box. ‘Normal’ doesn’t capture the attention, like those mind-boggling, anti-gravity saves that goalkeepers often make, do.

At JAX Branding, we think differently. Let’s connect, and make your brand stand out.