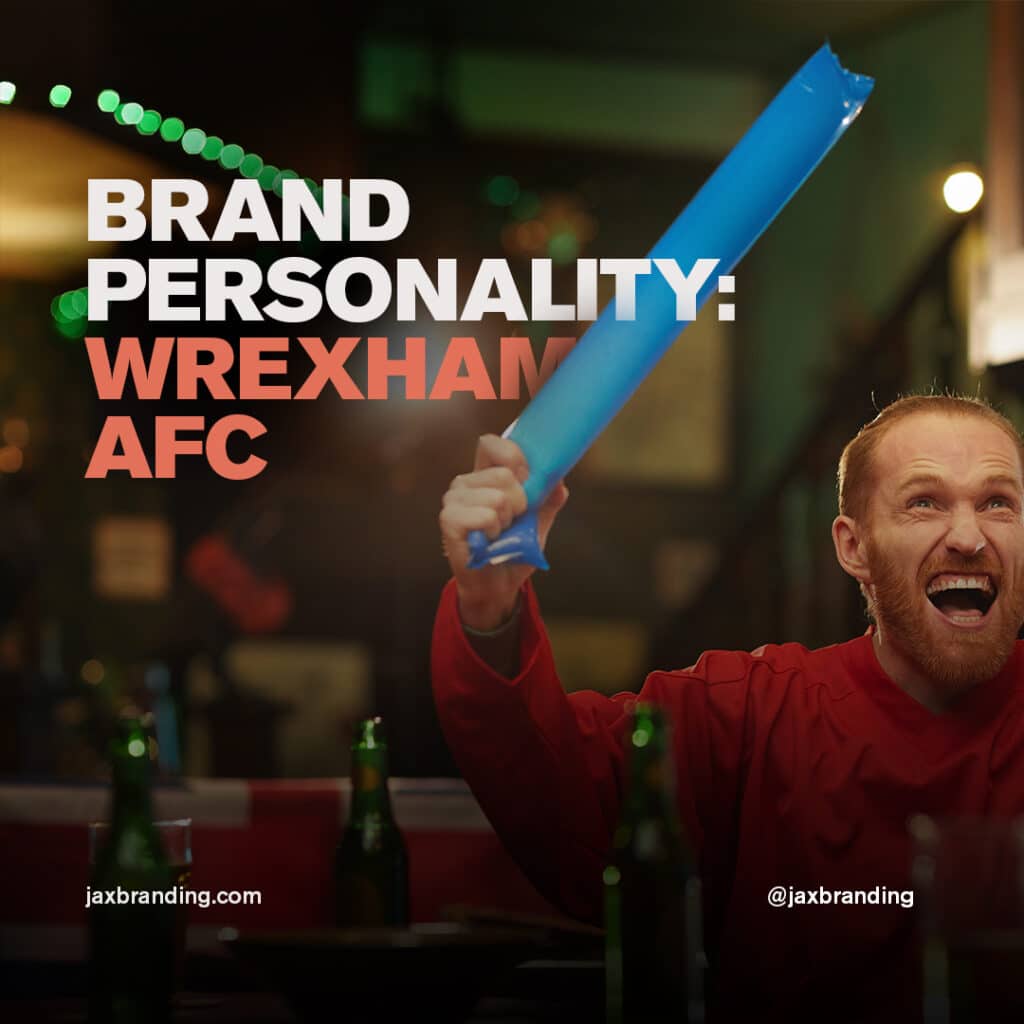 When Ryan Reynolds and Rob McElhenney took over National League side Wrexham AFC, they gave the club more than just a financial boost…

Brand ‘personality’ is a subjective term, as it means something different to each brand. There isn’t a right or wrong when it comes to brand personality. Rather that the message your brand is trying to portray is portrayed in an appropriate way. But what do Wrexham AFC have to do with this?

2020 was an unusual year to say the least. The footballing world was turned upside down by the Coronavirus pandemic. With accounts quickly drying up and revenue hard to come by from the top to the bottom of English football. Hollywood stars Ryan Reynolds and Rob McElhenney made 2020 look a lot stranger – but a lot brighter – for fans of Wrexham.

Wrexham have been fan owned since 2011. The club have struggled on and off the field. As noted by BBC Sports, weren’t actively looking for investment when director Spencer Harris was approached to discuss a potential takeover. In September, it was revealed to fans that Deadpool star Ryan Reynolds and Rob McElhenney of the dark comedy It’s Always Sunny in Philadelphia were ‘interest party’. Supporters voted on whether to allow the takeover to proceed.

98.6% of the Wrexham Supporters’ Trust were for the takeover. And, on 9th February 2021, the Hollywood pair took over Wrexham. But what does this mean for Wrexham, and what can it teach us about football branding?

Reynolds and McElhenney have brought both financial investment and an attractive brand personality to Wrexham.

The Hollywood pair have immediately started off on the right foot with Wrexham’s supporters. Like any good investor, Reynolds and McElhenney clearly outlined their intentions for Wrexham. Firstly, they produced a mission statement. Alongside impressing fans and showing that they’d done their due diligence, it was full of character.

The points included a pledge to protect the heritage of the club. To reward the faith of supporters, to grow the club using the pair’s finance and global appeal and, most importantly, to ‘always beat’ Wrexham’s arch-rivals, Chester.

When ‘big names’ take over a community football club, fans are often wary of the club being stripped of its true identity. As in the case of the Class of 92’s takeover of Salford City in 2014, fans can become disenchanted when widespread changes are implemented at a historical football club.

However, Reynolds and McElhenney, from the start, are making good branding decisions. They’re clearly committed to retaining, with respect, the biggest thing of note that Wrexham can bargain with. Being one of the world’s oldest clubs and the history, loyalty and stories that come with this (the beautiful side of the beautiful game). Similarly, they can inject a shot of contemporary energy and character into the club through their own professional standing.

Brand personality can become uncontrollable in football, as a team’s on field reputation can easily become its ‘identity’.

Wrexham’s brand personality is an example of where reputation becomes conflicted with on field matters. On the pitch, the club have been on a downward trend for the best part of the last 20 years. However, the club still maintain their reputation of being a truly historic football club.

Getting the balance between maintaining an identity and completely refreshing the outlook of a club can be difficult. But one thing Reynolds and McElhenney have proven is that you can detach on field matters (temporary) from the standing of a club (permanent). The pair have been transparent thus far and have pledged to turn Wrexham into a ‘global force’.

The Hollywood stars, arguably, need to retell Wrexham’s history to champion the brand, rather than redefine it. In branding, continuity is important. But in football branding, a club in a rut needs to detach its on-field matters with its original standing. In a way, Wrexham is the perfect club for Reynolds and McElhenney to invest in.

They can revitalise the brand personality of Wrexham through their own image. Therefore achieving half the aim of bringing global appeal to Wrexham and have the chance to reinstate Wrexham to their former self, rather than having to spend time and energy redefining the club’s identity.

Striking a balance between continuity and a revitalised outlook can be difficult when defining a brand personality. Ryan Reynolds and Rob McElhenney are simply capitalising on the strengths of each party. JAX Branding will do the same for your brand.