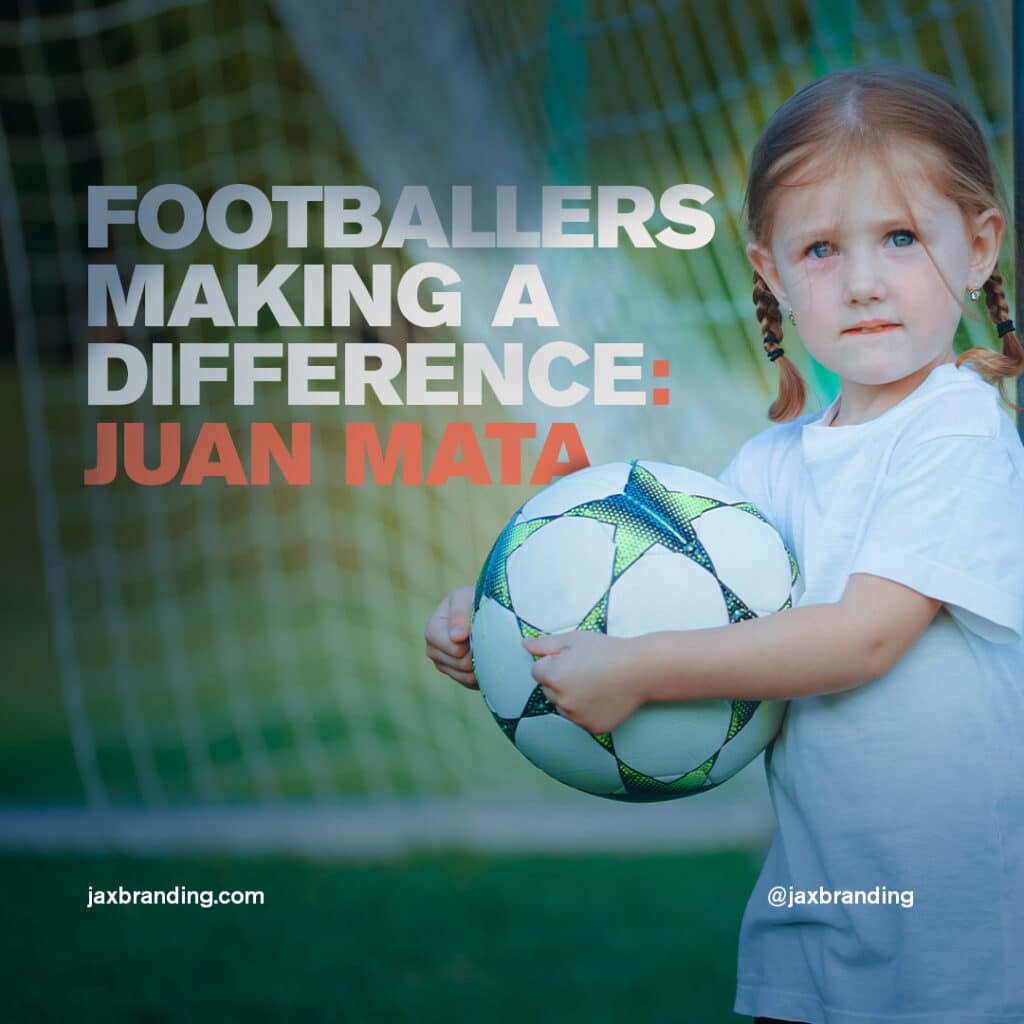 How are footballers making a difference to ordinary peoples’ lives, away from entertaining on the pitch?

The number of footballers making a difference to the lives of others off the pitch is increasing. It’s refreshing to see that several of these players aren’t necessarily world-class superstars but are rather scattered through the various tiers of football. Of course, though, the most high-profile charitable footballers tend to be those at the very top of the game. One of these is Juan Mata.

As a player, Juan Mata is known for his intricate technical ability, operating in various midfield roles from the deep lying playmaker to the tricky number ten. Mata has delighted fans of Valencia, Chelsea and Manchester United (and most definitely annoyed those of Liverpool), but it isn’t only football fans in Europe whose lives he has impacted in a positive way.

Sadly, millions across the world can only dream of seeing players like Mata play in person. Their financial and social circumstances mean that a ticket to watch a Premier League game, (which, whilst undoubtedly pricey for those of us who live in the Western world, is still reasonably accessible) tends to be a pipe dream, and nothing more.

But Mata was determined to change this. In fact, he became one of many footballers making a difference for the same cause.

Football is a global sport, a global language and a global community. It holds immense power, in both wealth and culture. Football has solved global crises, stopped wars and changed many lives for the better. It’s the latter that Mata and Common Goal are doing, along with several other footballing figures.

Many footballers are making a difference with Common Goal.

Mata is only one of over 400 footballers, executives, members of the press and coaches/managers who have committed to the Common Goal cause. They include Jurgen Klopp, Alexander Ceferin (UEFA President), Megan Rapinoe, Giorgio Chiellini, and of course, Mata himself.

In practice, Common Goal’s proceeds are going directly to the organisations that benefit those less fortunate than us the most. The organisation is aiding causes both in the UK and abroad. Two of these are ‘Tiempo de Juego’ in Colombia, and Street League in the UK.

The former aims to promote peacebuilding in the South American country. Colombia, sadly, has noted issues with drug cartels and gangs, with impoverished children often falling into desperate situations and, in turn, facing a life of conflict and illegal activity. Tiempo de Juego, funded by Common Goal, encourages young people to come together through football and form bonds, rather than hate, by playing the beautiful game.

Street League is helping young people not in education, employment or training (16-24) find a meaningful line of work in the sporting field. With mental health, homelessness, and crime all potential problems that young people in these scenarios can face, Street League aims to help these people gain qualifications whilst becoming involved in sport.

A footballer builds a brand on the pitch. Yet, post-playing career, it’s their off-the-pitch image that will define the next thirty, forty or fifty years of their life.

‘Common Goal adds a new dimension to my game: translating the power of football into sustainable social change. And that’s a special feeling’

With more footballers moving into the business field than ever, prospective business people need to consider their brand image. Footballers making a difference through charitable ventures can translate these values into a brand image. But this isn’t the only way in which footballers can develop an off-field public persona.

JAX Branding’s Brand Workshops will help you define your brand image. This is a vital step in getting your business off the ground. A strong brand image that portrays clear values will always stand stronger in the market.

So, whether it’s charity or not, JAX Branding can make the difference for your business. Just like footballers making a difference are doing so for others all over the world.

Want to get your business career kicked off? Chat with Jack about your vision, and get the ball rolling.