WHO ARE THE MOST CHARITABLE FOOTBALLERS IN THE WORLD? 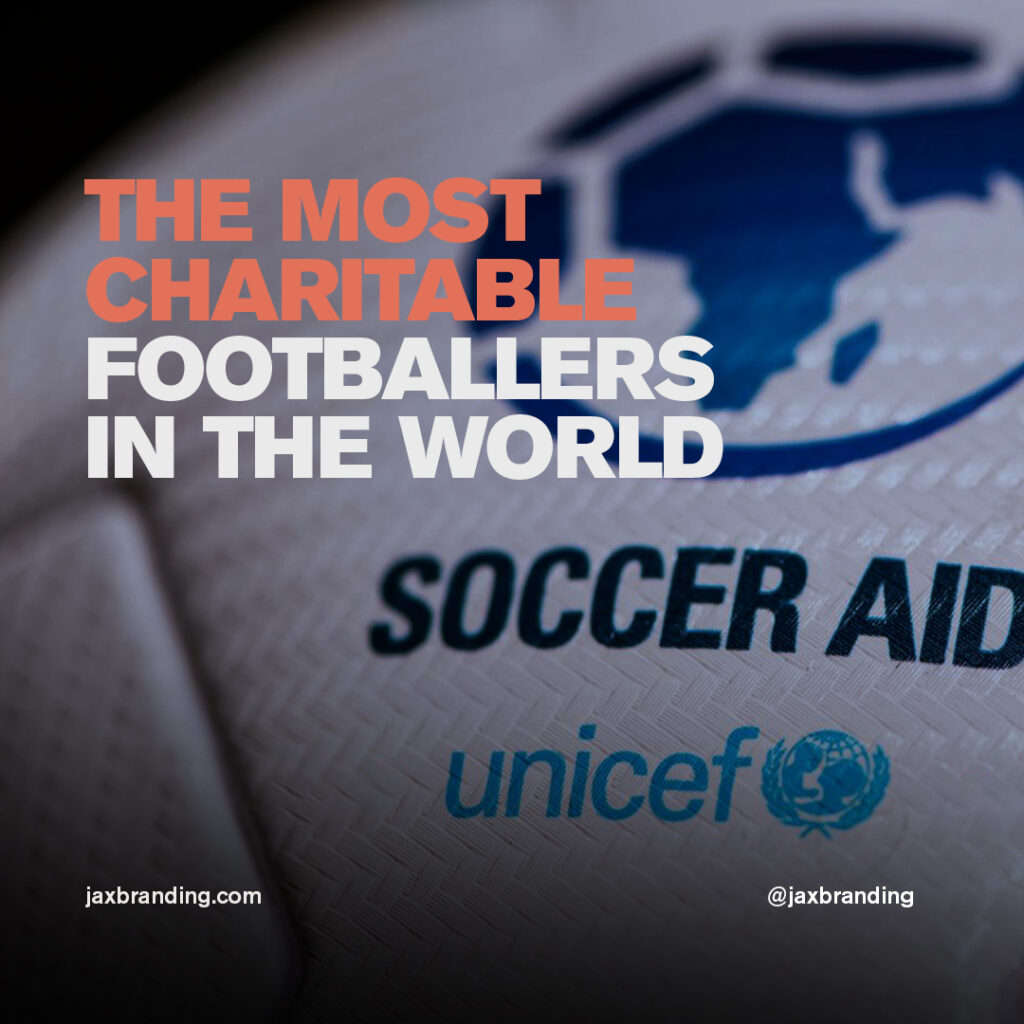 Footballers are some of the most philanthropic people in the world…

It comes as no surprise that many of the most charitable footballers in the world are some of the game’s biggest starts. Lionel Messi is a UNICEF Goodwill Ambassador and has his own foundation. Cristiano Ronaldo’s chartable exploits have been widely reported on, from paying for the treatment of sick children to helping those in refugee camps.

However, it isn’t solely the biggest names in in the most beautiful game that make up the list of the most charitable footballers in the world. From League Two to the Premier League and beyond, hundreds of players partake in ventures that support those who aren’t quite as fortunate. Juan Mata’s charity work is a prime example of one of English football’s most well-known names helping disadvantaged people.

Those who have represented England internationally have, since 2008, donated every match bonus they have received (worth around £2000 per player, per match) to the Team England Footballers’ Charity. This organisation then shares players’ international earnings with chosen charities, which have included the Bobby Moore Foundation and Cancer Research in the past.

Across the world, some of the most charitable footballers have partaken in campaigns in Asia and Africa to bring hope to thousands of children living in abject poverty or whose homes have been ravaged by war. These charitable footballers act as mentors, lifelines, and personifications of social mobility, amongst other things, but who are they in the flesh?

Which charitable footballers have their own foundations?

Setting up a foundation is one of footballers’ preferred methods to give back to the world. Players with foundations are able to more effectively utilise their huge, existing fan bases to positively impact the causes that they affiliate with.

Rather than donate money alone to selected causes, charitable footballers who create their own foundations can, essentially, brand these causes simultaneously to increase awareness. Some of the most notable foundations created by footballers include:

Charitable footballers within the community

Setting up a foundation isn’t the only way in which footballers do charity work. Many players are active in their local communities, whether that be visits to local hospitals or donating to food banks.

Marcus Rashford is perhaps the greatest example of a charitable footballer within the community. Rashford, aged only 23, lead the way in responding to a crisis for children living in poverty in England during the COVID-19 pandemic. Rashford’s charity work put meals on the table for thousands across the country; the Manchester United forward was inspired to do so because of his own difficult upbringing.

Ex-Liverpool defender Jamie Carragher is known within the city as a stalwart defender, but also as a generous philanthropist. Carragher has donated large sums to Alder Hey Children’s Hospital in Liverpool, as well as spearheading several youth inclusion initiatives. Raheem Sterling’s work in the community has centred around racial equality, and Troy Deeney has done a lot of work for children with disabilities.

These charitable footballers are using their large platforms to be positive voices for social justice and beyond in the world. In different areas, the likes of Rashford, Deeney, Carragher and Sterling have all given back to the loyal fans who support them week in, week out – many of whom look up these players as idols.

Football and making a positive impact in the world are two things that we at JAX Branding love. As an agency, we have a track record of working with businesses who seek to change the world – and football with it – for the better.

We know that footballers, in the most part, love fans. The thrill of doing what you love in front of thousands of people is an electric feeling, and one that gets the heart pumping with adrenaline. At JAX Branding, we also feel that many footballers are unfairly labelled when they dabble in ventures away from football. We want to change that narrative.

The beauty of charitable footballers furthering causes close to their hearts brings benefits to both benefactors and beneficiaries. For the footballers who are helping to make a huge difference, charity brings a chance to develop another passion in life. It also gives footballers heading into retirement a new purpose away from the beautiful game.

And for those who benefit from the foundations and causes that these charitable footballers pioneer? The immense social platform that comes with being a professional football is what JAX Branding can help translate into real social change for those less fortunate.

Using social media and the internet in powerful brand campaigns, charitable footballers can further connections, louden their voice, and, in turn, give back to the world for the better.