WHAT DOES SUCCESSFUL BUSINESS FOR FOOTBALLERS REALLY LOOK LIKE? 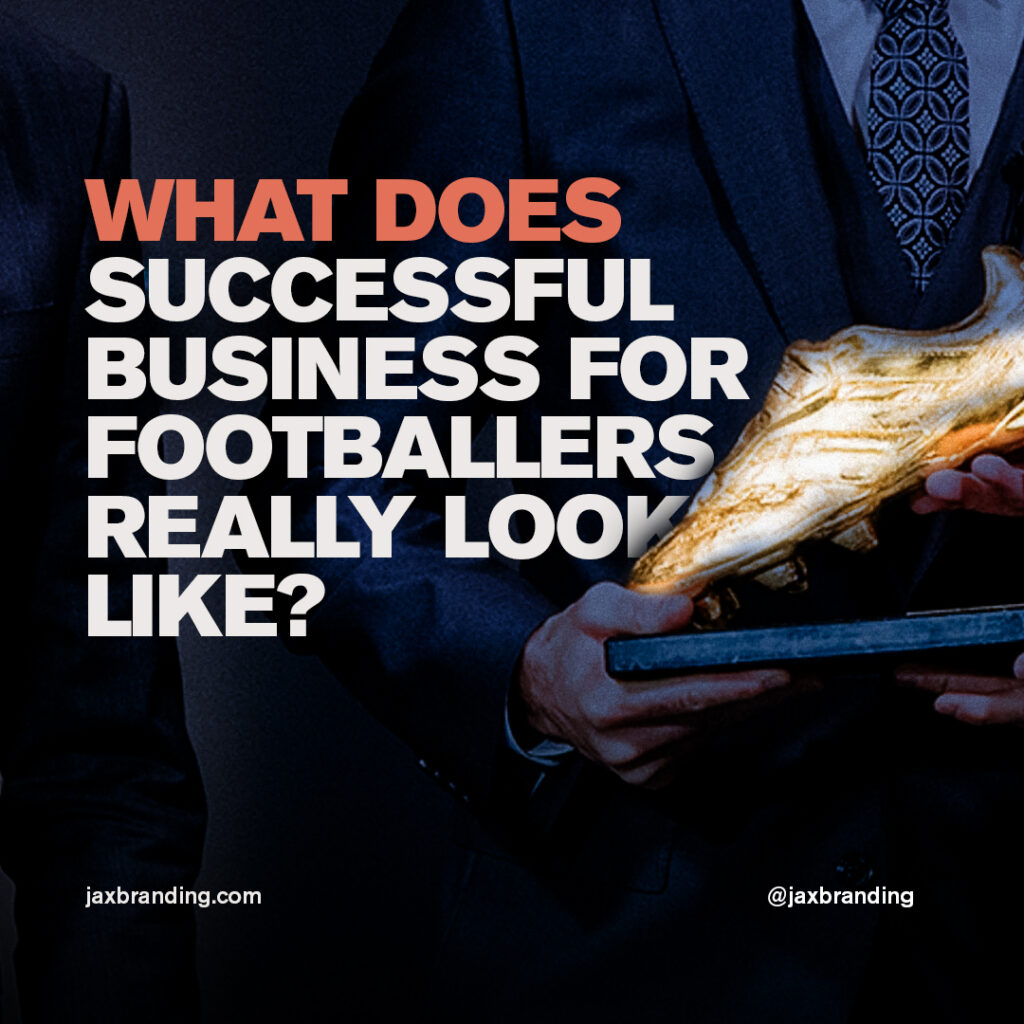 Success and football are synonymous for many people. But when a player retires, how can they find meaning?

What you’ll learn in this article about successful business for footballers:

Football and success. Two words often found in the same sentence. On the pitch, becoming a footballer and signing your first professional contract is a huge achievement in itself. The stats are no secret; you really do become one in thousands. Likewise, successful business for footballers is no mean feat.

Making your debut, scoring your first goal, winning your first trophy, making your international debut. These are all monumental moments of success in a footballer’s career. Yet, there’s another moment in a player’s life that means just as much: retirement, and the time to say goodbye to the pitch.

Footballers who move into the business world can be in for a shock. Business, in its nature, is a fast moving world. However, that doesn’t mean that, day-to-day, progress can be slow. Starting a successful business for footballers is an experience that has similarities and differences with a playing career, but is often longer term.

With most footballers retiring in their mid-to-late thirties, it’s not unreasonable to say that many will have accrued solid reputations both on and off the pitch. The extent of recognition will differ between leagues and clubs, but footballers are in a vastly different position environmentally to many first-time entrepreneurs.

What factors influence a successful business?

Just like football, success in business is defined in different ways by different people. Yet there are a set of core benchmarks that the majority of entrepreneurs will measure their success by. These are:

Let’s break this down further. First, why is financial sustainability an important part of successful business for footballers?

It may seem obvious. However, what isn’t so obvious is how far a footballer’s finances will actually stretch in retirement. Imagine a Premier League footballer with two kids, a wife, and an expensive lifestyle retires age 35. They’ll have accrued a phenomenal amount of money during their career, undoubtedly. However, when they retire, the income stops.

Age 35, they’ve still got some 50 or 60 years of life ahead of them. Alongside that, they’ll need to maintain their day-to-day lifestyle, support and pass something onto their children. Some will have paid into a pension scheme, but financial education for footballers perhaps still isn’t given its due attention.

For a player with a few million pounds in savings upon retiring from football, modelling suggests that, theoretically, this fund would run dry within 20 years providing no additional income is sourced. For a player not in one of Europe’s top five leagues, this deadline is brought forward by quite some years.

Starting a business, properly advised, branded and developed, is a good reinvestment of the funds accrued during a playing career. It can provide a new stream of income for footballers in retirement, to help sustain financial security.

Business and personal growth are also important parts of successful business for footballers.

Moving away from professional football can be difficult. It’s well documented that some prominent former players have fallen into a life of gambling, alcoholism and mental illness. That’s not to say that all footballers await this fate in retirement, but nobody is immune to these problems. Far too many footballers have struggled after leaving the professional game.

A footballer’s career is a short one, but one built on rigorous routine and familiarity with a small group of people. Since the age of just nine or ten for a lucky few, their life has been built around one club, one game, and one identity: the footballer.

When a footballer retires, a part of their identity is lost. Their daily routine suddenly becomes empty. The relentless mental and physical demand placed on players disappears and the adjustment can be really quite strange. Lives can lose a sense of purpose.

Business and football share a lot of similarities. Having a goal to work towards and embarking on another journey with the aim of reaching the top is an experience that can restore a sense of drive and meaning. On a personal level, business is very much an expedition full of highs and lows, but one that keeps life exciting and creates a day-to-day need-to-do attitude.

On a commercial level, self-esteem, confidence and feelings of pride can be enhanced by the smallest of achievements. Business will be a new experience for a lot of footballers, putting life in perspective and giving an insight into the path that many ‘ordinary’ people have followed before them.

Making your first sale, opening your first store, founding your first website or perhaps landing your first client are all moments similar to the defining moments of your footballing career. Goals are a key part of personal and commercial growth, and meeting them restore feelings of self-worth that some footballers lose in retirement.

Examples of successful business for footballers

Others have done it. Why can’t you be next? Check out these four footballers who have made a mark in the corporate world.